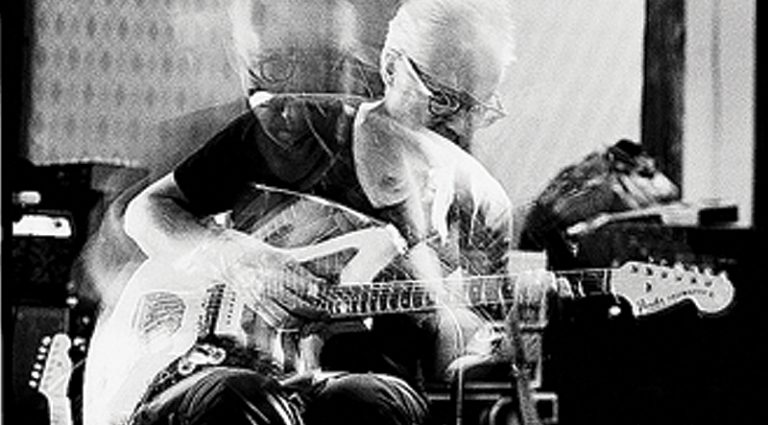 Bill Frisell is a musical treasure who has proven himself in so many musical situations he’s impossible to categorize. His latest effort is his first “solo” record in many years. And it’s not your father’s solo jazz guitar record: Frisell brings his own feel and sound to each song.

While there is a pleasant nakedness or starkness, there’s plenty going on because of Frisell’s expert use of looping, reverse guitar, and tons of other effects that have become a part of his instrument over the years.

Check out the lovely looped figure on “Pretty Stars” that sets the tone while Frisell melodically solos over it, using single lines, double stops, and slurs. The layering of guitar sounds in “Change In The Air” takes on a stately feel that makes it compositionally perfect.

“Thankful” is a tune with gorgeous chiming chords and a melody that won’t soon leave your head. That melody bounces off alternating bass notes while a somewhat distorted guitar sings above it all.

There are no cuts here that don’t catch the ear in some way. It’s a solo masterpiece by one of the most talented and unique guitarists alive.