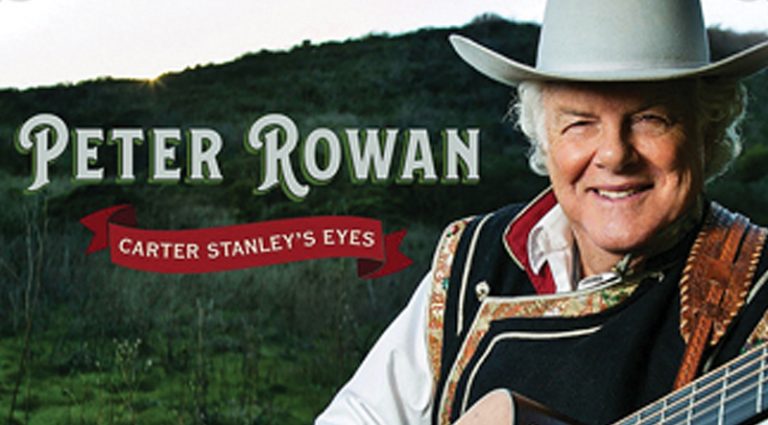 Peter Rowan spent 1963 through ’67 as lead singer/guitarist with Bill Monroe and the Blue Grass Boys before his own solo albums, his work with progressive bluegrass bands like Jerry Garcia’s Old and In The Way and Muleskinners, and rock bands Earth Opera and Sea Train. At one point Monroe and Rowan traveled to rural Virginia so Monroe could introduce his young singer to ailing former Blue Grass Boy Carter Stanley, Monroe’s favorite singer-guitarist. Carter died in ’66, and Rowan’s title song, “The Light In Carter Stanley’s Eyes,” vividly recounts that meeting.

While the core accompanists are his own Peter Rowan Bluegrass band, two top-rung guitarists guest here: former Doc Watson sideman Jack Lawrence and Tim O’Brien, who also handles harmony vocals. Lawrence stands out with his clean breaks on “A Tiny Broken Heart,” “The True And Trembling Brakeman,” “Let Me Love You One More Time,” and “Take My Ashes” and adds exquisite solos to the ballad “Will You Miss Me” and the gospel tune “A Vision of Mother.”