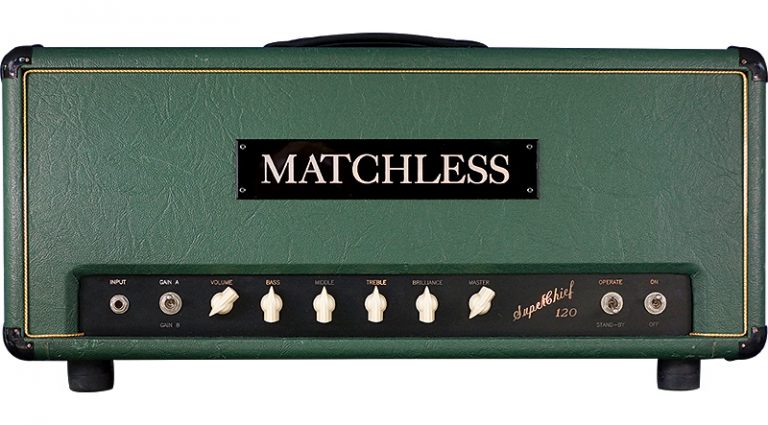 A maker at the forefront of the “boutique amp” movement, Matchless is known for its Class-A designs – that is, cathode-biased amps with no negative feedback, which take the Vox formula to new places. Over years of listening to conversations regarding “the most powerful amp you ever played” and such, one model is mentioned time and again – the Matchless Superchief 120.

Though very much a Matchless, this mighty sound generator is not of the ostensibly Class-A camp; it’s a fixed-bias, Class-AB design pushing 120 watts from four EL34s to generate a truly awe-inspiring playing experience. Yet, for all that, fans declare its tone exudes all the qualities and characteristics known to players familiar with the brand.

Anyone who has played Matchless’ flagship DC30 knows its EL84-based combos are loud for their 30/35 watts. Even so, some don’t think they’re gig-ready unless they have 100 watts (or more) behind them. For those players, Matchless co-founder and then-chief-designer Mark Sampson concocted the Superchief 120.

“My main goal was to build a really loud amp,” Sampson said. “We didn’t have anything more than about 40 watts of power at that time, and needed something high-powered for everybody who wanted 100 watts. You’re only marginally louder at 100 watts than you are at 40, but it makes for a loud, clean amp with a lot of headroom.”

To get it required that fixed-bias (a.k.a. grid-biased) output stage, which enables more-efficient use of the four EL34 tubes – think Marshall Super Lead, Hiwatt 100-watter, or (with 6L6s) Fender Twin Reverb. “The power amp is kind of an off-the-shelf RCA grid-biasing technique in the output section,” he added. “Nobody formally ‘invented’ that… other than someone in the ’50s perhaps.” 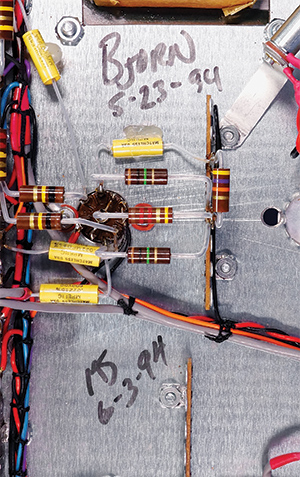 In the case of the Superchief, however, the output tubes are running at a whopping 550 to 600 volts on the plates courtesy of two 5AU4 rectifier tubes, which – though its designer has referred to it as “a 100-watt amp” – is capable of driving these robust tubes to levels that easily justify its “120” tag – with tubes of the right quality, at least; we’ve also been told the original Superchief 120s didn’t like reissue tubes, and really needed sturdy new-old-stock (NOS) EL34s to perform their best.

With two 12AX7s in the preamp (plus a third for phase inverter), and controls for Bass, Middle and Treble, in addition to the Volume control, you might think this is the typical Marshall-adapted tone stack originally derived from the tweed Bassman, which requires its own tube as a cathode-follower to drive the EQ circuit. You’d be wrong. Sampson wanted something different for the tone stage – “not a standard tone-stack circuit at all. That was one of my designs. I was looking for more clean headroom, something else, something that positioned it differently in the market.”

He wouldn’t reveal further details, but a look inside the chassis shows only half of the first 12AX7 is used, as the amp’s first gain stage, positioned directly after the input. Nothing unusual there. Somewhat unusual, though, is that only half of the second 12AX7 is used, too – as a gain-makeup stage following the tone stack. Why not just use a single 12AX7, the way most makers would configure such a preamp (most notably, each channel of Fender’s larger blackface/silverface era amps, which derive a first gain and a gain makeup stage from the same tube)? Probably because to do so would break from Matchless’ signature build ethos, the use of point-to-point wiring that directly links components between jacks, potentiometers, and tube sockets, to follow the most linear path possible from input to output, via all necessary stages along the way. Tubeheads debate building techniques ad infinitum, many vehemently declaring that precise topology (point-to-point vs terminal board vs printed circuit board) doesn’t affect the sound in and of itself, as long as all are done with quality components and good workmanship. That so many Matchless amps of very different circuit designs can all display a common sonic signature, however – impressive clarity, bountiful harmonic overtones, a fast response – seems to imply that this consistency of technique has something to do with it.

The Superchief 120 has other nifty features not found on other Matchless amps, including the Gain A/B switch. It offers a very effective re-voicing – simple as it gets, adding or subtracting a bypass cap from the first preamp tube’s cathode-biasing network. In fact, the ostensibly “hotter” Gain B position is status quo in most amps, but, as lifting it from ground in the Gain A position makes the amp sound cleaner and tighter, adding it back gives the impression of adding fatness and a marginal gain lift.

A confab with the current head of Matchless, Phil Jamison, revealed further details.

“I’m pretty sure this is a prototype, especially because Bjorn Hori built it,” he said, as revealed by Hori’s signature inside the chassis and the build date 5-23-94; “MS 6-3-94” was likely Mark Sampson’s final check of the amp. “Bjorn didn’t go on with us after US Music bought us, so that would have been done in the North Hollywood shop, not Anaheim.”

Jamison also tells us no more than 100 Superchief 120s have been built since the amp’s unveiling in 1994. “I’ve built about 20 in my factory since 2000, and three or four of those have gone to Char, a guitarist in Japan,” he said.

This impressively clean and original example is in the collection of Craig Randolph, a VG reader and longtime Matchless fan. It stands upon a formidable matching 4×12″ cab with Celestion Vintage 30 speakers on the bottom and a pair of Greenbacks on top. How does it sound?

“A little like a loud, roaring, overtone-soaked, superbly touch-sensitive mélange of Marshall, Hiwatt, and Vox – but overall, more like the loudest Matchless amp you’ve ever heard!” said Randolph. 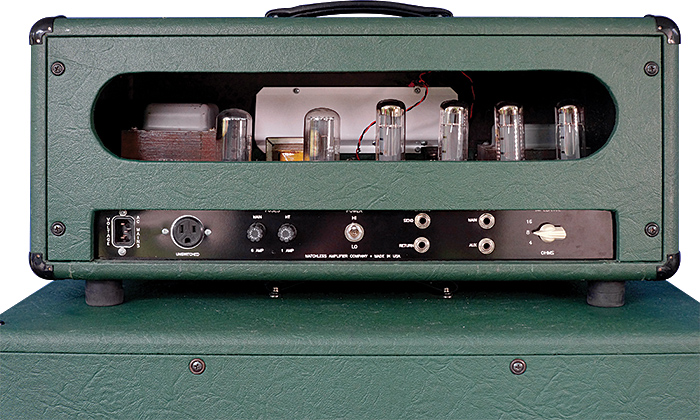