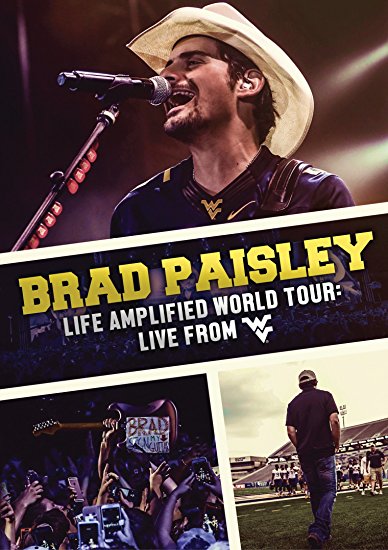 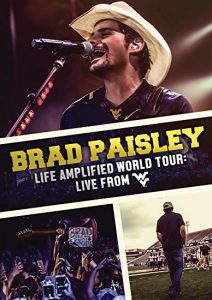 Pop music, modern country – what’s the difference anymore? For both, everything is bigger and splashier. Yet, nimbly as Brad Paisley manages to walk through that world, his music feels more rooted in tradition than that of your average modern country act. He’s as much or more a musician as he is a performer – but one who really knows how to wear both hats.

On the DVD, released with a companion CD, halfway through his hit-saturated show he strides the runway several rows into an arena full of thousands of adoring fans, expertly picking a 12-fret Fender acoustic in place of several gorgeous Telecasters he plays during the show. After a verse or so of the ballad “Letter To Me,” he stops, autographs the guitar and hands it to an incredulous kid of about 12 – a welcome intimate moment in an otherwise impersonal venue.

Still, the crowd is just as with him when he turns on the jets for a rocker like “American Saturday Night” and, great for us, reminds us he is one guitar-playing son of a gun.