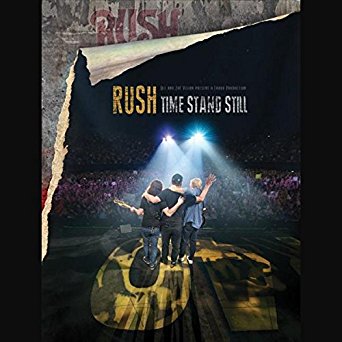 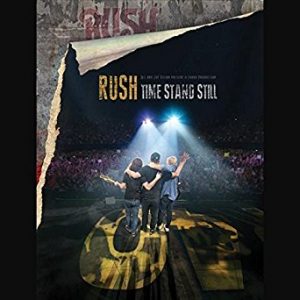 Grab your hankies, Rush fans – this DVD doc captures moments from the trio’s R40 farewell tour, along with reminiscences on their four-decade career. There are interviews with Alex Lifeson, Geddy Lee, and Neil Peart, all mixed with vintage photos and hilarious stories galore. (Can you imagine the members of Rush and Thin Lizzy having a drinking contest in the back of a ’70s Dodge van? It really happened.)

Under the “Bonus” tab you’ll find 67 minutes of excellent concert footage from a 1990 gig, but mostly this DVD provides a backstage glimpse of Rush and their universe of adoring fans. You’ll further learn about Peart’s age-related issues playing drums; Lee’s artistic challenges being the frontman; and Lifeson’s arthritis, which may someday rob him of the ability to play guitar.

The film ends with Rush’s final concert at the L.A. Forum on August 1, 2015. The quips from the crew are particularly bittersweet, as they know this is the end of their “family,” as they call the people who work on a Rush tour. We even walk offstage with the trio right after the gig, down the hallway, and into a dressing room where the door closes behind them. It’s a poignant moment, but the gist of the documentary is that Lee, Lifeson, and Peart have gone out on their own terms, still playing incredibly difficult music at the peak of their abilities. We should all be grateful for that.