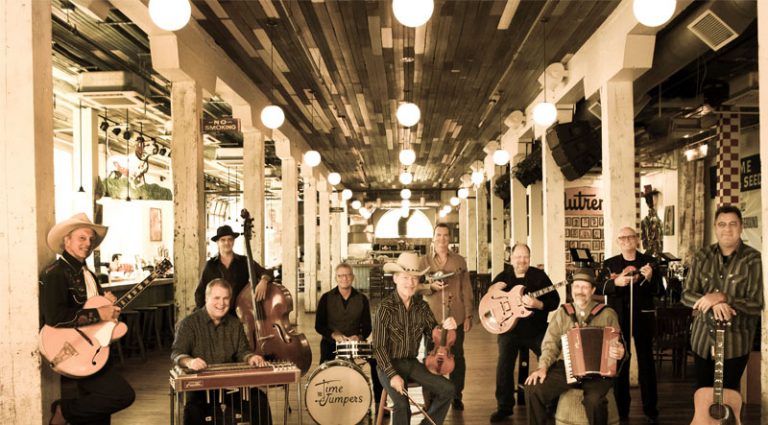 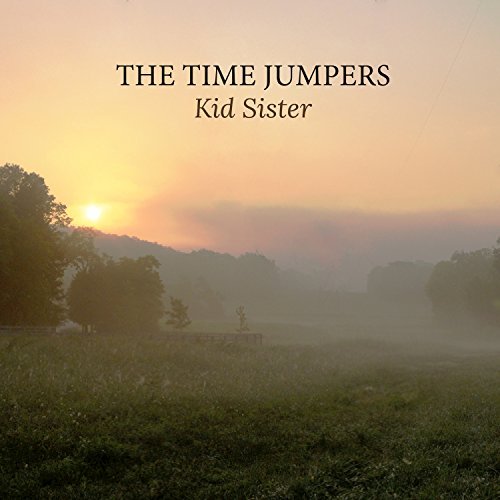 The Time Jumpers formed in ’98 as a lark for a group of A-list Nashville sidemen who loved Western swing. Eighteen years later, they’ve become a local institution, energetically presenting the vintage music of the Southwest and California with forays into Texas honky-tonk. Instrumental breaks are fast and furious, and nearly every member sings.

They were 11 pieces until vocalist Dawn Sears, Gill’s regular backup singer and wife of Time Jumpers fiddler Kenny Sears, died of cancer in 2014. Kid Sister is a tribute of sorts. It includes her final recordings with the band and Gill’s heartfelt original farewell ballad, similar to the elegies he’s penned for others.

The band’s flawless old-school musicianship invigorates both newer and older tunes. “My San Antonio Rose,” penned by the late country-jazz composer Freddy Powers, is a buoyant Dawn/Kenny Sears vocal duet, supercharged by Franklin’s Buddy Emmons-like steel and blazing breaks from Reiss and accordionist Jeff Taylor. “Miss You” was a final duet with Gill. On “All Aboard,” Franklin, Gill, and Reiss channel the dazzling ’60s country-jazz instrumentals of guitarist Leon Rhodes and Buddy Charleton’s pedal steel as members of Ernest Tubb’s Texas Troubadours.

The album’s 14 songs achieves much by honoring a fallen member and explores western swing and honky-tonk in ways that reaffirm its timeless, durable sound. On the “Time Jumpers Theme,” Gill, the song’s composer, enthusiastically sings each member’s praises and defines the band as an entity “where country music lives again.” Indeed it does.