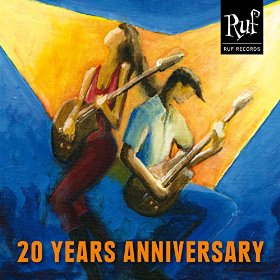 The guitar was once derided as a “woman’s instrument,” and in the early 20th century, blues was considered a woman artist’s medium. Things have changed over the intervening years – and perhaps too much so. Nowadays, too often too little attention is paid to female guitarists, especially in blues, rock and roll, and country music. “Girls With Guitars,” Disc 1 of this two-CD set, is a step in the right direction, featuring a multi-ethnic, global cast of first-rate women guitarists. More power to the German-based Ruf Records label.

Meena and especially Chavez and Coleman deserve immediate attention. Chicago’s Jan King and Milwaukee’s Cailyn Lloyd would fit well on the next collection.

As for the men of Disc 2 – Walter Trout, Devon Allman, Luther Allison, and co.? Well, they each play pretty good … for a guy.