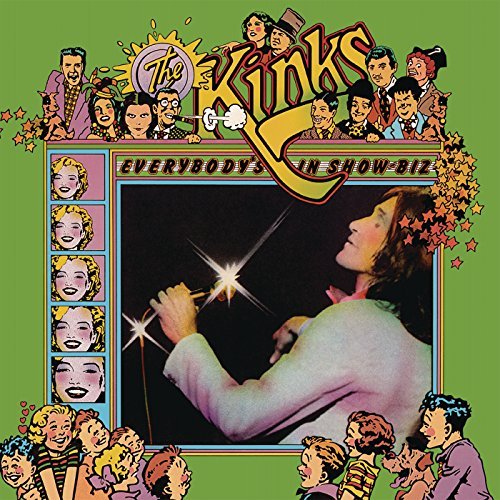 After Lennon-McCartney, the most prolific and interesting songwriter of the British Invasion was the Kinks’ Ray Davies. The only other writer in the running, Pete Townshend, has acknowledged Davies’ clearly evident influence.

The Kinks’ 1972 double-album, Everybody’s In Show-Biz, has been reissued in deluxe editions, a double-CD and triple-LP, with additional tracks.

Sides 3 and 4 of the original issue gave fans a taste of the rough-and-ragged band of old, with 11 live cuts. The new release features 13 additional live performances in CD form, while the vinyl’s third platter features only seven, along with some studio outtakes.

It’s here that younger brother Dave Davies shows, yet again, that he’s one of the most underrated British guitarists. Adapting to Ray’s style is not unlike George Harrison’s task with the Beatles. But Dave also summons his unmatched teenage aggression on the ’66 hit “Till The End Of The Day” and reprises his vocal on “Long Tall Shorty” from their debut album.