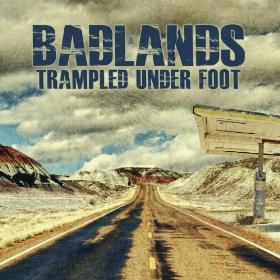 Every now and then a band comes along that after one listen you realize they really get it. This is the case with Trampled Under Foot, made up of the Schnebelen siblings: Danielle on vocals and bass, Nick on guitar and vocals, and drummer Kris.

Danielle’s vocals are among the most soulful and electric you’ll run across this year. She infuses the soul tune “Bad Bad Feeling” with a sense that doesn’t allow you to miss the meaning of the lyrics about cheating. She gives “You Never Really Loved Me” a Gospel glint, even if the lyrics are decidedly not of a religious nature. She brings a magical feel to all eight of the songs she sings. And by the time they wrap things up with a cover of James Brown’s “It’s A Man’s Man’s Man’s World,” you’re convinced she’s on the short list of singers vying for the title of tops in the R&B world.

All the aforementioned songs are full of blistering guitar work from brother Nick. His biting soul work on “Bad Bad Feeling” is the perfect match for his sister’s muscular vocals. He adds double-stop bends and a bluesy feel to “Don’t Want No Woman.” His work on “Pain In My Mind” is swampy with big bends that match the funk of the song.

The band is no one-trick pony. While they work more than comfortably in the world of R&B and hard soul music, they’re not afraid to mix in a country-rock stomp like “Down To The River” that features a heavy dose of Nick on dobro.

The Schnebelens get some high-powered help on the record, starting with producer Tony Braunagel, who has been known to put together some ﬁne blues bands himself in his other life as a drummer. Veteran Mike Finnigan adds the keyboards while Johnny Lee Schell adds acoustic guitar to one tune while serving as the record’s engineer. Those names are recognizable to anyone familiar with American roots music, and while it’s obvious from the band’s performance they were already headed in that direction, having veteran input didn’t hurt.

It may sound like hyperbole, but Trampled Under Foot has put their stake down as a big part of the future of rock and roll and R&B with one of the best records of 2013.