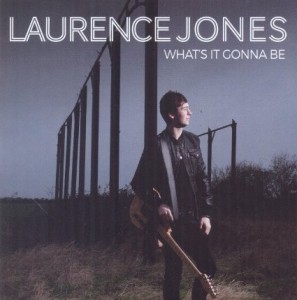 Ostensibly a blues artist, on his latest disc Laurence Jones sounds more like hybrid blues-rock acts such as Foghat and, notably, the Jon Butcher Axis. Jones follows Rory Gallagher, Jack Bruce, and Peter Green working along that uniquely British arc of the blues, although with a lot less of the old English folk and Celtic strain that informed their music.

Not long into the title track, he displays the kinetic energy and controlled abandon that made the late and greatly missed Paul Kossoff such an exciting player. Listening to him put his foot down on Leadbelly’s “Good Morning Blues” should raise a few goosebumps. If not, Jones’ own “Touch Your Moonlight” surely will.

If he keeps writing songs like this, he just might come up with the first must-cover modern blues classic since Stevie Ray Vaughan’s “Pride And Joy.”