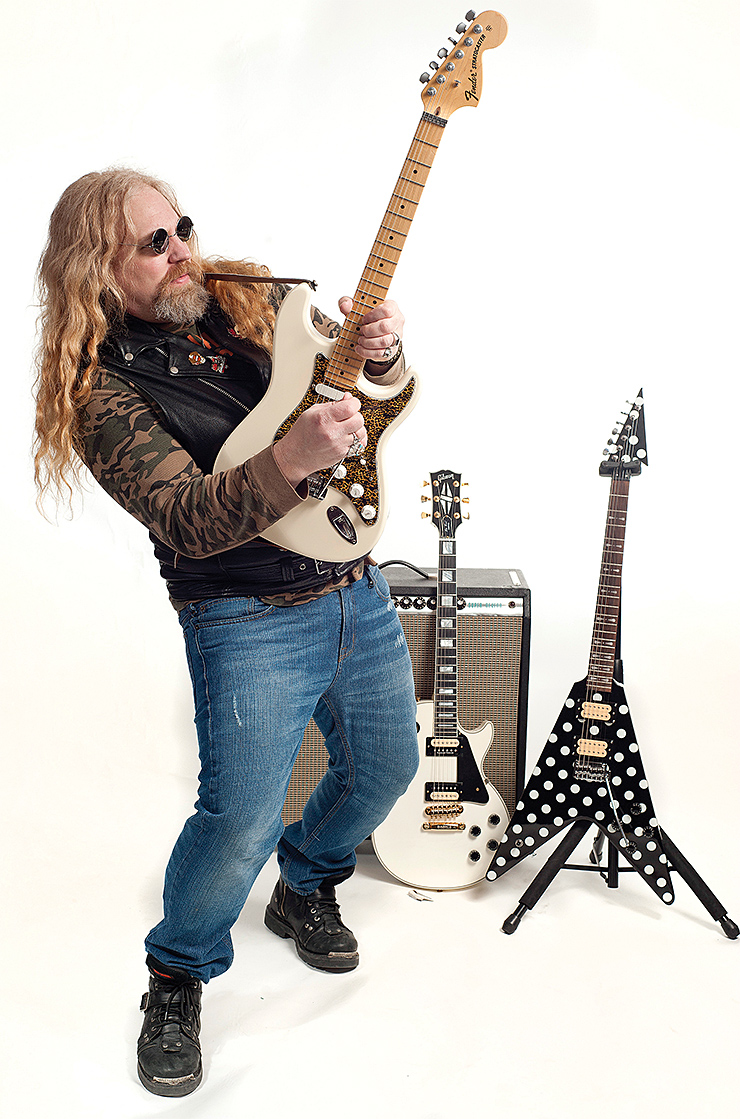 Brian Tarquin is more than keeping busy. In the space of six weeks, he recently released two very different instrumental CDs centered on his playing with a multitude of guests, and he published a coffee-table book about guitars.

Guitars For Wounded Warriors is a tribute to those who have served. “I wanted to really give back to all the guys who have been out there fighting,” he said. “It’s not a pop record, but one where I could write a song for each guitarist I had in mind.”

While the Emmy-winning player worked the project, he also compiled Smooth Jazz Café, which he calls “…a funkier album, with less production than the normal smooth-jazz record.” It includes guest shots from Frank Gambale, Chuck Loeb, Hal Lindes, Denny Jiosa, and others, and harkens to Tarquin’s days as a hitmaker working with acid-jazz producer Ernie McKone. “Everything in smooth jazz right now is so out-of-the-box. I wanted live horns, live drums, bass – everything.”

As you might expect, each disc called for different instruments. On Warriors, he used a Strat and an eight-string for rhythm parts, both with Seymour Duncan Blackout pickups. Les Pauls entered the mix, as did an old Kramer he acquired as a teen. “It sounded so good with the whammy bar parts,” he said. For Smooth Jazz, he used two Gibsons – an ES-345 and a Midtown he calls, “A really nice guitar that feels like a 335, but smaller. It has stock P-90s and sounds great.”

Tarquin has been working on the 250-page Guitar Encyclopedia since 2011.

“There are so many good books on guitars, so I wanted to delve into something that went into guitars but also talk to builders with whom people might not be so familiar.” The book features builders big and small, and includes several interviews while focusing on the history and features of the guitars themselves. Most captivating is its treasure trove of photos. Layouts show guitars from Eastwood, Danelectro, Ibanez, Charvel, and others, highlighting the uniqueness and beauty of each design. “We went to Alto Music, in New York, and did a couple of photo shoots. We also did shoots with all of my guitars, and went to the manufacturers to get photos, as well. I wanted something that laid out nicely.”

Laughing, Tarquin says paring down the selections became a problem. “It’s hard, because there are a zillion guitars. We had all these pictures from different angles showing off the beauty of the guitars. I found myself having way too many pictures. The publisher was telling me I had to narrow it down.”

Tarquin’s future holds a book on pedals and more CDs with other guitarists. “It’s fun to work with a lot of different guitar players, because you get a different reflection on how they interpret things.”