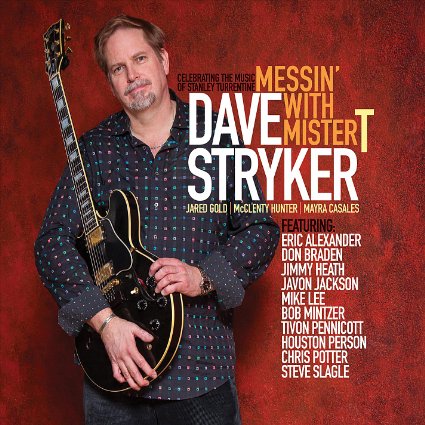 Dave Stryker is becoming the go-to guy for bluesy bop guitar. And he keeps finding clever ways to do it without sacrificing soul or integrity.

That all makes sense since Stryker cut his teeth in Turrentine’s band for the first decade of his career. He ups the ante a bit on the record by pairing his organ trio with some of the finest saxophonists in jazz today, including Chris Potter, Javon Jackson, Bob Mintzer, and the legendary Jimmy Heath.

The songs are all tunes that were associated with Turrentine. “La Place Street” is a burning shuffle that features Houston Person and Stryker showing off considerable bop skills. Mike Lee makes an appearance on “Pieces of Dreams,” and he and Stryker both solo imaginatively and confidently over a light Latin feel. Stryker ups the fun quotient by quoting the old Jimmy Webb chestnut “Up, Up And Away” toward the end of his swinging solo.

Turrentine was known for both his fine ballad playing and knack for capturing the blues feel of pretty much any song. Heath pays tribute on a version of “In A Sentimental Mood” that starts with a lovely chordal intro from Stryker and then features gorgeous turns all around.

Don Braden helps to bring a greasy blues feel to “Don’t Mess With Mister T,” a song that showcases Stryker’s soulful feel for blues-based music as he mixes single lines with octaves and chords to set the pace. 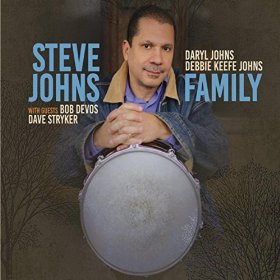 It’s clear after one listen that this will be one of those records that will top the list of jazz guitar albums of the year.
Stryker also played guitar and produced the first solo record from percussionist Steve Johns. It’s a family affair with Johns’ wife playing sax and his son offering incredible bass.

Stryker is featured on five cuts and the solid Bob Devos, whose organ trio Johns plays in, mans the six-string on four tracks. Funky soul-jazz and bop rule the record with everyone contributing fine work, whether soloing or helping to lay the foundation. The interplay between Stryker and saxophonist Debbie Keefe Johns on “Came To Believe” is the perfect example of how well these musicians play together.

For those unfamiliar with Stryker, these two releases are a great place to start.