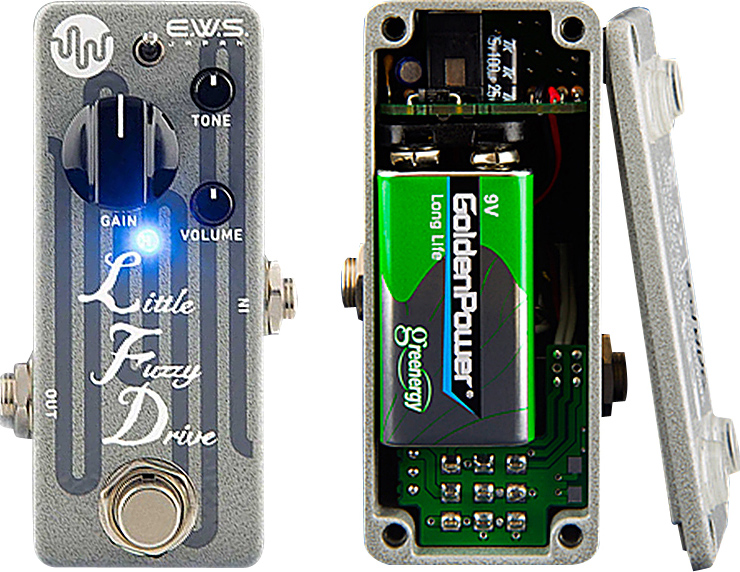 Designed to use half the space on a pedalboard, the Little Fuzzy Drive (LFD) is sturdy despite is size, and is capable of a variety of tones, from slight overdrive to full-out retro fuzz. Instead of using a germanium transistor, E.W.S. incorporated an actual amplifying element, which the company says increases stability and makes the pedal less sensitive to temperature changes. A true-bypass pedal, the LFD can handle a 9-volt adapter.
Plugged in between a 1970 Stratocaster and a ’66 Vibrolux Reverb, its heavy fuzz setting sounded great for leads. Like the best fuzztones, LFD is sensitive to the instrument, giving the player the ability to dial back the level of fuzz by merely rolling back the guitar’s Volume control.

For overall tone shaping, it allows the player to toggle between normal- and fat-sounding fuzz tones via the microswitch on the top of the pedal. Fat Fuzzy mode engages a mid-boost that expands the gain and also seemingly increases the bass, giving even the thinnest-sounding guitar the creamy richness and sustain of the much sought-after “woman tone.”