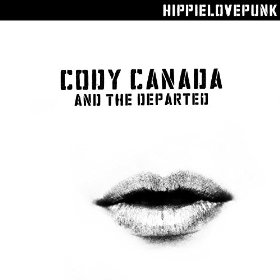 Cody Canada and company have delivered a record that adds to his work with his former band, Cross Canadian Ragweed, mixing country and rock with lyrics that deal with real life.

Seth James, former singer and guitarist in the Departed, is no longer with the band and Canada pulls most of the weight singing lead vocals and playing lead guitar.

A lot of ground is covered stylistically. The Stones get a couple of nods on “Boss Of Me” and “Inbetweener.” The perfect mix of country and rock highlights “Back Closer” with musings on being in a band and the music biz. Elements of punk enter in on tunes like “Great Big Nothin” with its blistering pace, pounding drums, and crunchy guitars. Canada’s solo is clean as can be but somehow still manages to sound nasty.

His voice has a uniqueness that is hard to describe. It’s in a higher register – not really sounding like anyone else, but fitting the songs well.

Following on the heels of 2012’s Adventus, the two records together show a band that clearly gets it and makes quality music that should guarantee they’ll be around awhile.