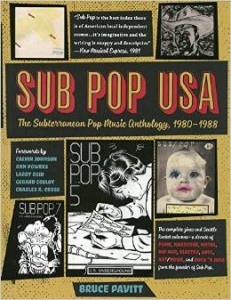 Before Sub Pop the label there was Sub Pop the music ’zine and later the column in Seattle weekly The Rocket. This expansive anthology compiled by Sub Pop founder Pavitt is a fantastic and fascinating time capsule of the highly influential pre-internet organs that gave voice to not-yet-national acts from Run-D.M.C., Metallica, and Slayer to the Replacements, Sonic Youth, Mudhoney, and many more.