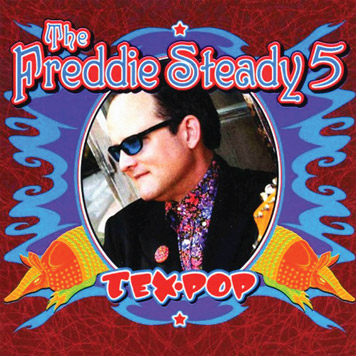 The 14 originals and co-writes with Explosives partner Cam King, including a Music Machine nod in “Cavestomp 2001,” are teamed with covers of P.F. Sloan, Lovin’ Spoonful, and Gene Clark-era Byrds tunes. The versatile King’s lead guitar ranges from jangly 12-string to Latin-tinged acoustic to gnarly bends. The Sir Douglas organ cheese, courtesy Patterson Barrett, leaves no doubt where Krc’s roots are, but just in case there’s “(I’m an) Armadillo.”

The ’60s sensibilities manage to tightrope the fine line between reverence and nostalgia with integrity, never lapsing into caricature. The throwback devices color the overall sound without defining it, and the original material more than stands on its own.

An added treat is the custom cartoon cover art by Cyril Jordan of the Flamin’ Groovies.