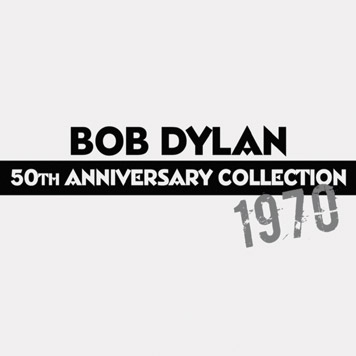 Not yet 30, Bob Dylan had already conquered the world at the beginning of the 1970s. Wisely, he plowed ahead, entering a New York studio with ringers David Bromberg, Charlie Daniels, and another world-conquering hero – George Harrison. These sessions, gathered in this three-CD boxset, later morphed into the Self Portrait and New Morning albums.

Reflecting the return-to-roots era, arrangements reveal a rural-gospel vibe and guitars aplenty. As working tracks, not every cut is finished; the disastrous Vietnam War still lingering, a minute-long snippet of Buffy Sainte-Marie’s “The Universal Soldier” stings us in the heart. The cowboy swagger of “Ghost Riders in the Sky” rides atop polished bass work from Daniels years before “Devil Went Down to Georgia.”

On May 1 – exactly one week before the release of the Beatles’ final album, Let It Be – Harrison joined Dylan for a day of recording. George adds Bakersfield twang to “Mama, You’ve Been On My Mind,” plus an unreleased “Time Passes Slowly.” Bromberg’s contributions shouldn’t be underestimated; his Dobro on “Alberta #1” is heavenly. On August 12, Woodstock veteran Buzz Feiten played lead guitar on “If Not for You.”