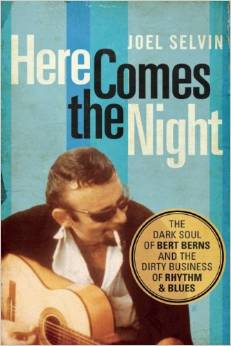 Every garage band owes Bert Berns. Without him 1960s radio would have been almost as dull as it is today.

Berns shepherded the early careers of Van Morrison and Neil Diamond, and his production of the Isley Brother’s hit on his (as “Bert Russell”) and Phil Medley’s “Twist And Shout,” spurred the development of Phil Spector’s Wall of Sound technique.

A more than serviceable player, Berns was sometimes both author and executor of memorable guitar moments like the rolling chords framing Richie Valens’ rocking “La Bamba” and Jimmy Page’s bright solo on Morrison and Them’s version of his “Here Comes The Night.”

Selvin has wrought a fascinating history of Berns’ musical world before and during his tragically short – yet marvelously productive – life.