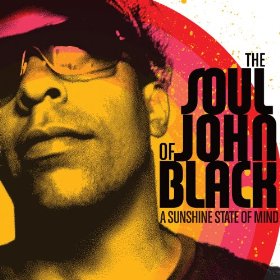 John Bigham, aka John Black, has worked with Fishbone, Joshua Redman, Everlast, and Miles Davis. For the past decade, he’s produced a handful of recordings mixing jazz, R&B, rock, and gutbucket blues.

Like his previous recordings, A Sunshine State of Mind is stripped down. His albums have that “well-produced home demo” feel, with a single chord progression sometimes serving an entire song. The lack of songwriting complexity is not missed. Bigham is an authentically soulful singer who uses emotion and groove to offset the simplicity of his compositions.

Tunes like “Beautiful Day,” “Higher Power,” and “Summertime Thang” bring to mind the kind of enviable vocal phrasing heard from Al Green, Bobby Womack, and Ronald Isley. He plays appropriately stinging blues guitar throughout, as on the contagious “Magic Woman” and “East LA Lady,” and gets in some inspired pentatonic pyro on “Johnny Bear (Give It To Me).”

This album grows on you and serves as a reminder that you don’t have to be Mozart to write cool tunes. Funky grooves, soul, and a clever turn of a phrase does the trick.