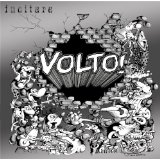 Incitare is an inspired recording with heavy-duty guitar. It’s not a jam album. These guys know how to make a statement and move on. Ziegler creates gutsy virtuosity throughout, while the talents of Morrison, Babko, and Carey, offer superlative melodic gifts. This is an enjoyable record blending hypnotic passages, dynamics, and superb musicianship that never forgets to rock.