Home Classic Instruments The Yosco No. 2 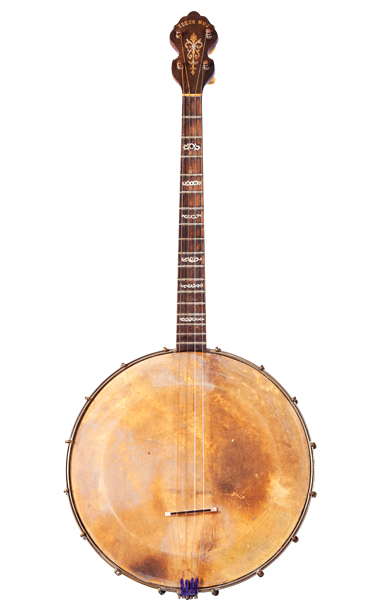 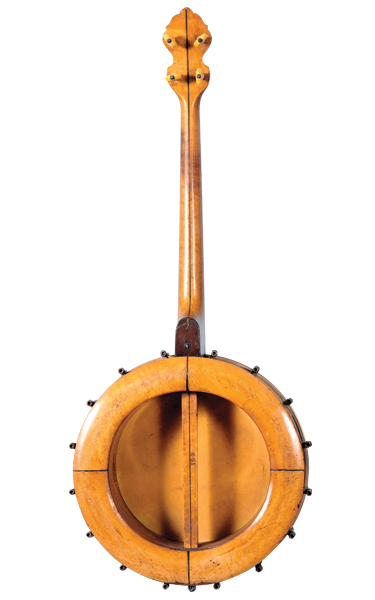 The banjo and American music cross paths in a remarkably entangled web of complexity. The banjo was brought to the New World – conceptually, at least – by African slaves who used it to create music subsequently appropriated by 19th-century white entertainers, who created blackface minstrelsy, which became the basis of Vaudeville and a great source of opportunity for waves of new, more-willing immigrants. Among these were many Europeans, including an Italian family by the name of Iosco, which figures both in the rise of ragtime and in the existence of the Yosco No. 2 Tenor Banjo.

The Iosco family – Americanized to Yosco upon their arrival – hailed from Castemezzano, Potenza, Basilicatena, in south-central Italy, an area historically associated with harpists and harp making, thus explaining, in part, the musical routes to success taken by some members. Family records indicate that the parents, Domenico and Maria Antonia, emigrated to the U.S. in 1877. Their youngest known son, Rocco Giuseppe (1874-1942), changed his name to Robert Joseph Yosco. Robert, who played mandolin, teamed with harpist George Lyons (probably originally Giorgio Leoni) and joined the national Vaudeville circuit as Yosco & Lyons, singing and doing comedy routines. Like minstrelsy before it, early Vaudeville depended heavily on self-deprecating ethnic humor. Yosco & Lyons are considered early ragtime performers whose songs frequently reference their Italian heritage. Their biggest hit was the song “Spaghetti Rag,” which they recorded in 1910.

The Iosco’s oldest known son was Rocco Lorenzo (b. 1869), who changed his name to Lawrence and apparently inherited an aptitude for building instruments. Whether trained by his father or with a New York manufacturer (or both) is unknown, but by 1900 (at the latest) he had established the Yosco Manufacturing Company, promoting mandolins and banjos.

Yosco seems to have been a fairly prolific manufacturer, since a fair number of his instruments have survived. Yosco is perhaps best known for his Colossus, a guitar banjo, a large banjo with a six-string guitar neck.

In 1918 Lawrence Yosco was granted a patent for a “double internal resonator” called the “Yosco Double Rim,” as seen on this banjo. Basically this consisted of a regular outside rim doubled by a second internal rim about 6″ smaller in diameter. The banjo’s head rests on both rims, making it an “archtop” instrument; the resonator is formed by a rounded piece of wood attached to the bottom of the two rims, forming a hollow sound chamber. This particular example is made of curly maple and sports 16 brackets and what appears to be an original skin head. The example you see here has a nickel tone ring. Its planetary tuners are typical of the ’20s, the fingerboard is rosewood, and the pearl inlays are also fairly standard. The bridge is a modern replacement. The instrument’s condition is in part due to its having spent a good deal of its life in the attic of a central New Jersey firehouse.

Yosco Double Rim banjos hit the market just in time for prohibition and the “jazz age.” Except for the guitar-necked Colossus, virtually all Yosco banjos are either tenor or plectrum; no five-strings have, to our knowledge, surfaced, though one or more certainly could have been made. There has been a fair amount of conversion on them, with later five-string necks being added.

Like many banjo manufacturers, Yosco graded his banjos based on how fancy they were; No. 1 would presumably be plainer, probably with dot inlays, No. 2 was likely in the middle, and No. 3 was the fanciest, though the few seen look quite similar. Some were made of figured walnut.

A number of sources suggest Yosco did not make its own banjos, but that they were made by Rettberg & Lange or William L. Lange. Others suggest only the necks were made by Rettberg & Lange. However, since Yosco had been building its own mandolins since at least 1900, they could have made their own banjos. The body and neck on the banjo seen here certainly look like they were made by the same maker. Lange had entered the banjo business about the same time as Yosco, doing business as Rettberg & Lange from circa 1897 to 1922. Rettberg & Lange also took over the manufacturing operations of J.H. Buckbee, a major 19th-century maker who supplied instruments to many retailers under many different names. So there certainly was a tradition of building for other companies (19th-century banjos of uncertain origin are often labeled “Buckbee,” kind of like all mystery guitars are called Regals!). In 1922, William L. Lange took sole control of the company and was responsible for the Orpheum and Paramount brands. So if, indeed, there was participation in Yosco banjos, this example would reflect that. Since this banjo references the patent, it’s clearly from later than 1918.

Yosco banjos were distributed by the New York wholesaler Perlberg and Halpin, and were available into the ’30s. Just when Lawrence Yosco passed away is unknown, but by the ’30s he would have been in his 60s, so it’s reasonable to assume the company ended when Yosco died or retired. By the ’30s, guitars were clearly the ascendant in terms of popularity, while banjos were receding. Yosco declined to make the transition.

There’s no evidence concerning how many Yosco banjos were produced. The one shown has serial number #441, which presumably is consecutive. Despite years of neglect, it has survived pretty well. The head shows its age, but it plays well and sounds quite nice.

The Yosco Double Rim is a sturdy, decent-sounding banjo, even if it’s not perceptibly superior to banjos equipped with a full-sized resonator covering the entire back – especially if you consider the better models. But one sure to sound great on it would be Robert Yosco’s “Spaghetti Rag!”