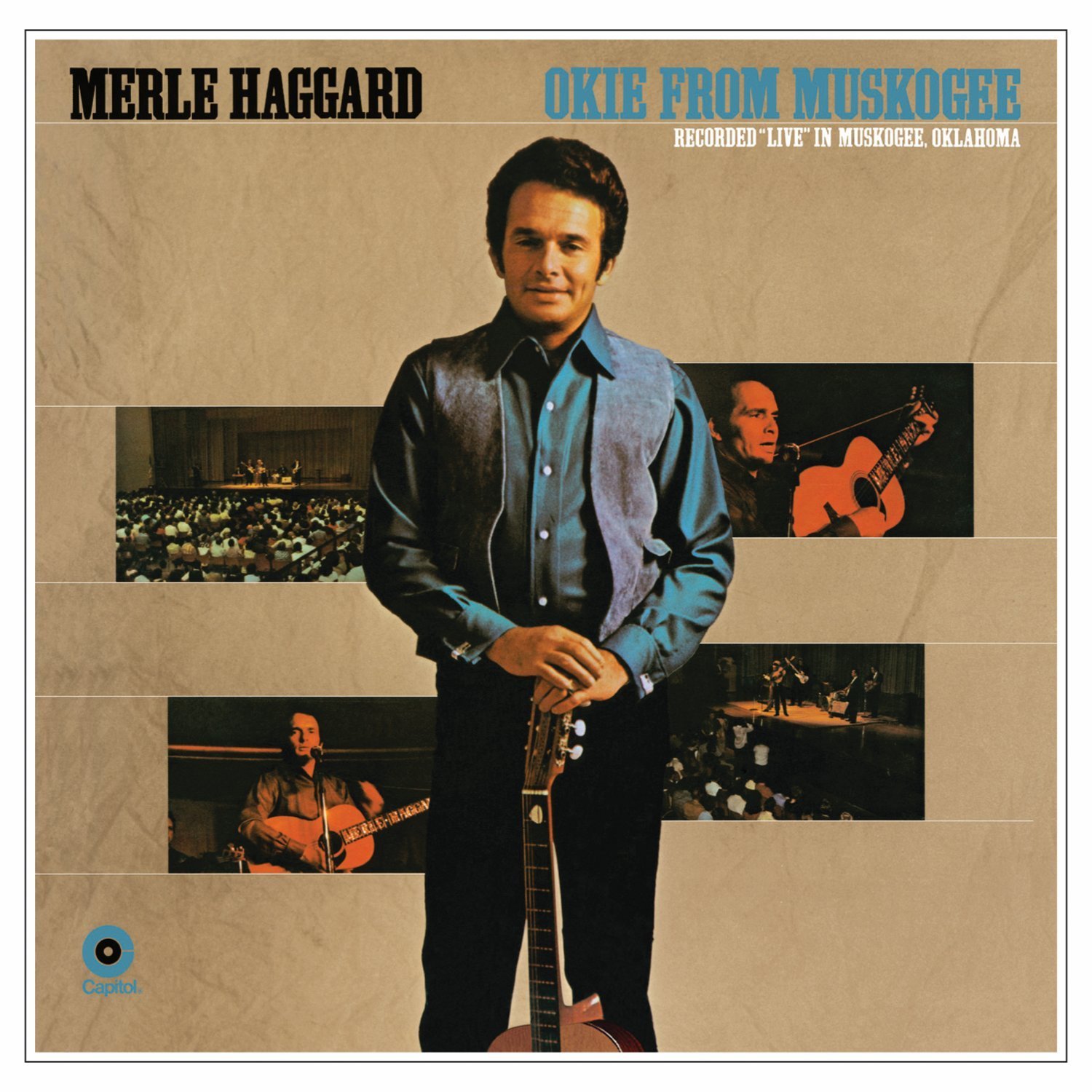 Merle Haggard’s 1969 anti-hippie anthem “Okie From Muskogee” was part provocation, part spoof. It became such a hit that Capitol Records hustled in October of that year to record an entire live album in Muskogee, Oklahoma, the bucolic town that inspired the song. That LP is now back, remastered, in a two-CD package combined with Haggard’s live The Fightin’ Side of Me album.

Onstage in Muskogee was the classic version of the Strangers, including Tele legend Roy Nichols and gifted pedal steel player Norm Hamlet (still with Haggard today). The concert blended Haggard hits and a few covers. Nichols is never less than remarkable, whether adding a tremolo drenched break on “Silver Wings,” reprising James Burton’s solo on the studio version of “Workin’ Man Blues” or churning it up on the instrumental “Blue Rock” in tandem with Merle’s acoustic guitar.

The bonus live album, Fightin’ Side, is named for the follow-up hit to “Okie,” a more combative 1970 slam at antiwar protesters. The concert was recorded in Philadelphia with the same band plus rhythm guitarist Bobby Wayne. Again, Haggard mixes some originals with covers, including a medley of impersonations (Marty Robbins, Johnny Cash, and Buck Owens). The band got their own showcase on the instrumental “Stealin’ Corn.”

For both shows, Haggard and the Strangers were at the top of their game, demonstrating a power no less dazzling more than four decades later.