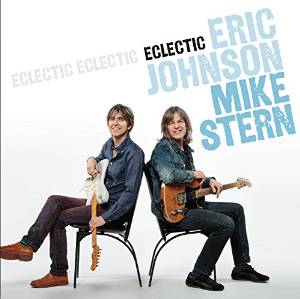 Two iconic players joining forces can soar or falter depending on material, the players’ adaptability, the number of guest performers, and many other factors. Eric Johnson and Mike Stern certainly arrived at the table with their ducks in line, toting a blend of originals and covers that inspired the title.

They play superbly off one another on Stern’s “Roll With It,” with vocal by Malford Milligan. Johnson roars through the hard-driving “Hullabaloo,” punctuated by a horn section.

The ethereal “Wishing Well” features Stern singing, aided by vocalist Christopher Cross of “Ride Like The Wind” fame. Wife Leni Stern lends vocal and instrumental assistance on “Bigfoot” and the haunting “Wherever You Go.”

The album concludes with an explosive take on Jimi Hendrix’s venerable “Red House,” with the duo swapping vocals and choruses.

Howard and the White Boys – Made In Chicago