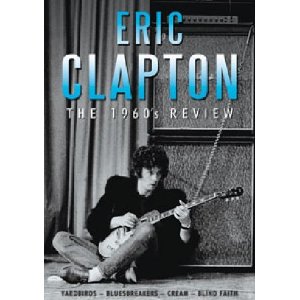 It’s become fashionable, especially among younger players, to diss Eric Clapton and write him off as a minor player who stood in Jimi Hendrix’s shadow. Of course, nothing could be further from the truth, and Eric Clapton: The 1960s Review does a solid job of setting the story straight.

Slowhand’s early years have been documented many times, but on this DVD we’re treated to new and archival intervews from original Yardbirds Top Topham and Chris Dreja, early bandmates Tom McGuinness and Ben Palmer, Ginger Baker, Jack Bruce, John Mayall and
Clapton himself. You’ll hear how he and his teenage pals formed a cult of blues fanatics in the early ’60s and began hunting down as many import records as they could. Remember, American blues records were exceedingly rare in the U.K.; when Clapton got his hands on one, he would literally wear the grooves off to learn the precious guitar licks.

On the debit side, the production values on this DVD aren’t terribly high and there isn’t enough live footage – instead, there are numerous talking heads, which isn’t very exciting to watch. But while it’s not essential, this release does remind us how important Eric Clapton was in the ’60s, and why his role of helping keep the blues alive can never be forgotten or underestimated. 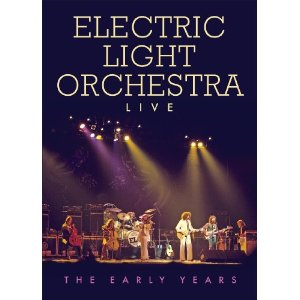 Electric Light Orchestra is another act that sometimes doesn’t get the respect it deserves – in fact, most of us take it for granted as a slick pop machine of the ’70s. Certainly, its sound was based on the Beatles and Beach Boys, but they added some significant new touches from the classical and prog genres as well. Live: The Early Years captures a college gig from 1973, a German TV performance from 1974, and a full-scale ’76 concert just as they were breaking into the big-time.

Pay particular attention to the evolution of the band behind Lynne. At the ’73 and ’74 shows, the emphasis is more on a proggy sound and the combined impact of violinist Mik Kaminski, a pair of cellists, and the excellent keyboardist Richard Tandy. Cellist Hugh McDowell even liked to pick up his instrument and duck-walk around the stage like Chuck Berry. It’s terrific stuff. In ’76, however, the spotlight has moved to Lynne and co-vocalist/bassist Kelly Groucutt, as well as drummer Bev Bevan, whose pop-star looks were put to use winning new fans (especially since Jeff Lynne was no pinup). The balance of power had clearly shifted from classically-infused rock to hit-making pop.

On guitar, Lynne was no Beck or Page, but he had a few hot rockabilly licks and put them to good use in rockers like “Ma-Ma-Ma Belle” and “Great Balls of Fire.” Plus you can check out
his cool Les Paul goldtop and sweet backline of amps – ELO being a British band, their use of Laneys is not surprising.

Live: The Early Years is a revealing look at a ‘70s band that deserves its due.