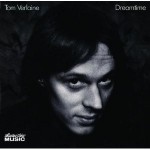 Still, don’t doubt the chops. “The Blue Rube” is a guitar masterpiece with playing as nervous as a steer in a slaughterhouse. And Verlaine’s vocals share the mood – think David Byrne, but quirkier. It’s not for everyone, but it’s rewarding once you delve in. While Verlaine never had the big “hit record,” Dreamtime shows how far and wide his influence was felt.

This article originally appeared in VG’s Dec. ’08 issue.  All copyrights are by the author and Vintage Guitar magazine.  Unauthorized replication or use is strictly prohibited.
Dreamtime
Current Issue