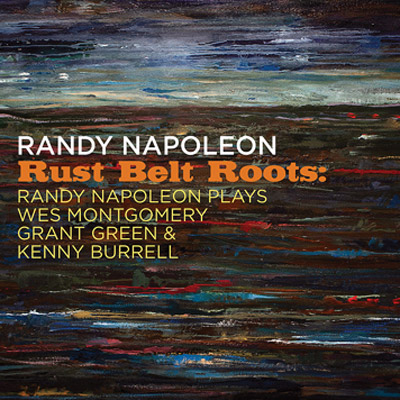 Napoleon is a jazz professor at Michigan State University, but there’s nothing clinical or academic about his guitar playing. The veteran of the Clayton-Hamilton Jazz Orchestra, Michael Bublé, and Freddy Cole dives into soulful hard bop in a collection dedicated to three of the genre’s icons – Wes Montgomery, Grant Green, and Kenny Burrell.

Three numbers associated with each player comprise the set, along with five of Napoleon’s own compositions. It’s a tall order, but Napoleon doesn’t seem intimidated in the least. He weaves around and through two excellent piano-bass-drums trios, when he’s not soaring over them.

Throughout, the tone he derives from a Benedetto Bravo Deluxe archtop is warm without sacrificing clarity. Single notes and chords pop and dance, as well as the octave nods in Napoleon’s own composition, “Wes Like.” But most impressive is the deep feeling and adventurous spirit he injects into each line and phrase. It’s enough to make you want to stay after school.