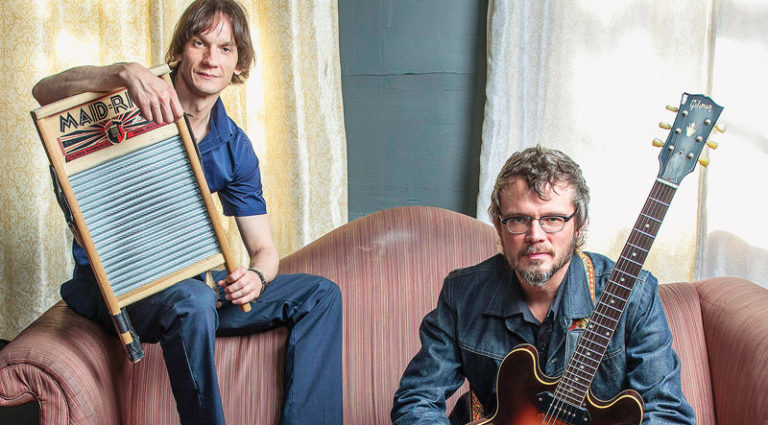 What are your thoughts on Set Sail?
It was the first record since our debut where we had the time to experiment and tinker. The flipside of that is you get burned out. The songs always come to life, live. We burn them down and build them back up. We never try to faithfully re-create the record. Any song we play is just a foundation and framework for reinterpretation and improvisation. It drives some of our fans crazy. We have to tell them, “Hey, that’s the record.” (laughs) People like learning an arrangement and sticking to it, but my brother, Cody, and I are stream-of-consciousness to a fault; we’re always reinterpreting everything.

Having Lamar Williams, Jr. on the record was a great idea.

Man! I’ve sung with a lot of great singers over the last 10 years, but I’ve never had a singing partner like Lamar. It’s such a treat. I’d send songs, and he would flesh them out. He added so much to the record. We’re such good friends, and we’re like-minded. He’s a superstar. We’re all second-generation musicians – his father was a bassist for the Allman Brothers, and his musicality is so blue. I feel deep blues from Lamar. We all grew up watching our fathers and following in their footsteps. We see the path, and we know what to do as musicians.

How did you get William Bell on the record?
I was involved with the movie Take Me To The River, and Cody was one of the producers. We made tracks with Booker T., Mavis Staples, and Charlie Musselwhite. Cody produced some William Bell and Snoop Dogg tracks, and they’ve been friends ever since. We wrote that song at William’s studio – came out with a voice memo I put to a grid, and we started overdubbing on it. The memo is on the final track. William had the whole plot, and the story’s synopsis worked out when we got there. He had the setting and the characters for “Never Want To Be Kissed.” We shaped it into a song with chords using his freestyling words, phrases, and melody. His phrasing is insane on the record because every chorus is different. We took it to a studio and did the horns Al Green style.

What guitar are you using for slide?
I’ve become hooked on Fender Wide Range humbuckers. They changed my whole life. I have been forever trying to electrify an open-tuned acoustic, finger-picked, slide guitar. I was thinking Fred McDowell meets Jimi Hendrix. That led me down the road with my relationship with Gibson and hollowbody guitars.

What are you playing on “Bumpin’”?
I’m using a Gibson ES-390. It’s part of that series of small 335s. They always looked funny to me. The 390 is fully hollow and has P90s. It’s beautiful. It looks and plays so perfectly. Gibson nailed it. It’s fantastic for feedback and sustain.

You’re playing against yourself with slap back.
Yep. Anytime I’m playing solo, in a duo, or as a trio, I like to have a stereo delay. My preferred setting is a clean amp with tremolo and reverb and a dirty amp. That’s my favorite tone. I like to be mono if it’s a full band, but if it’s solo, duo, or trio, I like to go stereo. I used a Boss DD-7 Digital Delay, but I have to have tap-tempo. I can’t stand for the delay to be out of time. I love hearing delay bouncing back and forth. It helps keep me in time.

You’re composing music for film.
I’m doing my first film score about Eric Robert Rudolph, who is an American terrorist. It’s so foreign and inspiring. I’m so jazzed. I get to use the whole collection of weirdo sounds that my father and I collected all these years. I got guitars and keyboards all sprawled out in different tunings. I don’t write to picture. I’m inspired by keys and tempos. So I write, write, and write, then throw it all to picture and see what sticks. Then I move it around, adjust it, and play to the picture. It’s pretty cool.