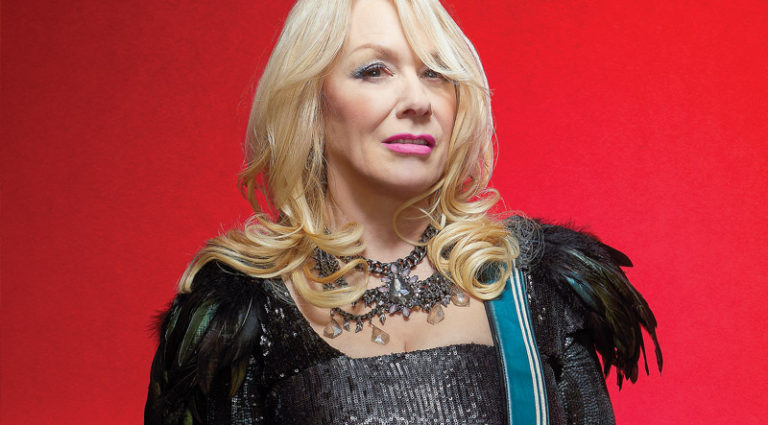 The Covid-19 pandemic halted much of our lives, but there was a silver lining. Many musicians who couldn’t tour or record normally were able to make new music, including long-dreamed-of projects.

One such musician was Nancy Wilson. The legendary Heart guitarist/vocalist finally had the time to record her first solo album, You and Me. She’d done side band projects such as the Lovemongers (with sister, Ann) and Roadcase Royale, but the emotional ballads, tough rockers, and inspired covers on You and Me are her own vision.

Would this album have happened without the lockdown?
“I always intended to do something like this and always felt there wasn’t enough time inside the Heart vortex because we’re a hard-working rock band doing lots of touring and lots of projects,” Wilson said. “I might have actually done it, but maybe not in this particular time slot. It forced my hand to use the time.”

You and Me was recorded primarily at Wilson’s home studio. She used her ’63 Telecaster, a signature Martin HD-35, and a Gibson mandolin while working remotely and trading files with guests including Sammy Hagar, Duff McKagan, and Taylor Hawkins.

“I had a little studio apartment to keep my stuff set up and not worry about the racket I’d be making!” Wilson said, laughing. “It’s a building outside the house, and it was freeing to have that space where I could go blast guitars with my Deluxe and my Telecaster, and record and write. I took full advantage of the blessing inside the greater curse to be afforded the time to woodshed.”

Wilson doesn’t think You and Me resembles Heart, but she wasn’t consciously avoiding comparisons.

“The album has its own sound because I mainly sing it myself, so it doesn’t try to compete with Heart whatsoever. I always wanted to sing more, and I got to really take big license as a singer. Even though I’m not the greatest singer on the planet, like my sister is, I had so much fun doing it. I’m the grateful character-actor of a singer!

“I wasn’t intentionally trying to avoid the Heart sound, which is Ann’s vocals inside the rock context, with ballads and big rockers.”

Most of the songs are collaborations, but Wilson did write a few herself. She attributes her self-confidence as a solo songwriter to scoring films for her ex-husband, writer/director Cameron Crowe.

“When I started to do scores, for Almost Famous and all that stuff, it was really freeing for me as a musician. For one thing, I didn’t have to worry about lyrics for a while. That’s the worst part about songwriting for me – feeling adequate enough as a lyricist,” said Wilson, who scheduled a concert with the Seattle Symphony in July and would like to do more in other U.S. cities.

A You and Me highlight is “4 Edward,” Wilson’s acoustic instrumental tribute to Eddie Van Halen. She had once given him an acoustic when he told her he didn’t have one.
“I’m doing a definite tip of the hat to him – a melodic piece from ‘Jump.’ I recall the basic structure of what I heard that one morning at the crack of dawn that he played for me over the phone after I gave him that acoustic. Like all of his great writing, I remembered that a lot of it is major chords, not minor chords. That echoes his eight-mile smile that he always had on his face when he was playing.

“I needed to not get too bluesy with it. I had a little piece recorded in my phone that I’ve used a few times on stage for the intro to ‘Crazy on You,’ and thought I could use that, a little bit of ‘Jump,’ and harmonics that echo his uplifting, heavenly sound. I tried to figure out how to do his hammer-on thing on acoustic, but I tell you, I could not achieve it. It would’ve been cool, but I think that belongs in the land of electric guitar.”

“It’s a guitar you can really go over the top with – a dirty sound, a big distortion thing depending on the amp, of course. It can go to the big, fat, dirty, cool rock sound, and with the five-way toggle you can go many other places with it,” Wilson said. “Lots of tones! And I wanted it to be affordable.”