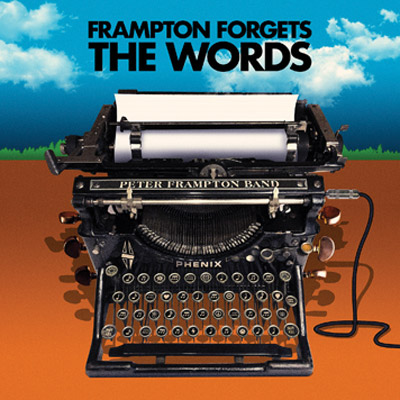 Frampton is in a race against time. In 2019 he announced having a muscle disorder called inclusion body myositis and was recording as much music as he could. 2019’s All Blues was blues covers. This release features instrumental versions of 10 of Peter’s favorite songs, drenched in the rich, thick tone of his ’54 Les Paul Custom known as “Phenix.”

Sly & the Family Stone’s “If You Want Me to Stay” is smoothly funky, yet the guitar gets progressively aggressive. Radiohead’s “Reckoner” layers cosmic guitar lines, tinny acoustic strumming, and relaxed piano. Marvin Gaye’s “One More Heartache” has a midtempo R&B groove with distorted rhythm guitar and a powerful guitar solo. Roxy Music’s “Avalon” is jazzy, with muted chords and a blend of clean, warm, and distorted guitar tones.

The astonishing version of David Bowie’s relatively obscure “Loving the Alien” is the radiant centerpiece. Lush acoustic and dreamy electric guitars repeat sections over slow, steady drum parts, piano chords, and more. While rock-solid, the album’s not perfect – Lenny Kravitz’s “Are You Gonna Go My Way” is okay but adds little that’s notably different. Still, Frampton’s performances could carry him to another Grammy, just like his 2006 instrumental album, Fingerprints.