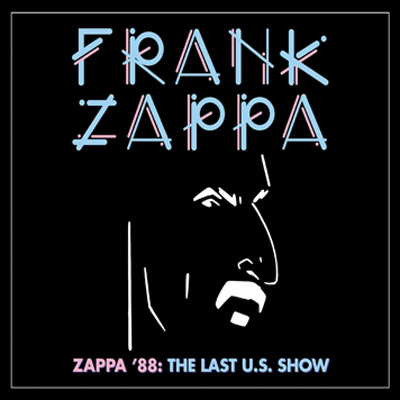 This high-energy gig took place on Long Island; sadly, it turned out to be Frank Zappa’s final American performance. Despite incredible musicianship, personality clashes doomed this lineup and Zappa ended the tour early (he died in ’93). Fortunately, this recording documents a killer band at the top of its game.

Playing a custom Performance superstrat, Zappa was joined onstage by guitar ace Mike Keneally and mega-bassist Scott Thunes. In “The Black Page,” we can hear FZ’s trademark Lydian runs and blitzkrieg picking; while never credited as a proto-shred pioneer, the rock visionary unquestionably was. “Inca Roads” is mandatory Zappa, riding on Thunes’ powerhouse bass and a chorus-drenched guitar solo. Covers include the TV theme from “Bonanza” and a Beatles medley modified with PG-13 lyrics. Would we expect anything less?

Look for guitar insanity on “City of Tiny Lites” and a bold cover of “Whipping Post.” On the straight-faced “Stairway to Heaven,” Keneally plays Jimmy Page’s arpeggios note-for-note while FZ soars via Floyd whammy.

Of course, you can’t have a Zappa show without “Peaches En Regalia,” presented here in all its intricate, horn-driven glory. Zappa ’88 is the perfect excuse to spank some Frank.