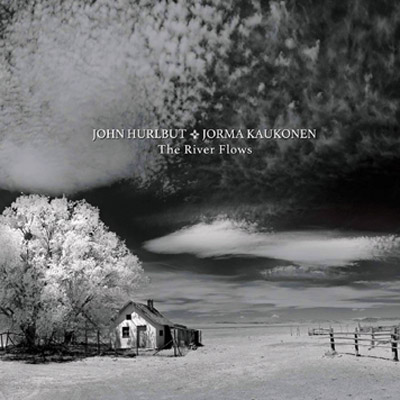 In the Rock & Roll Hall of Fame as a founding member of Jefferson Airplane and with a Lifetime Grammy, 80-year-old Kaukonen should be in several more Halls. Here, the Hot Tuna six-stringer sticks to acoustic guitar, leaving rhythm and vocals to longtime roadie John Hurlbut. There’s a tangible synchronicity between the two.

The Byrds are represented with Roger McGuinn’s “Ballad Of Easy Rider” (featuring a “folkadelic” 4:30 intro by Kaukonen) and a slowed-down take on the Gene Clark composition “Kansas City Southern,” from his late-’60s Dillard & Clark days. Curtis Mayfield’s classic “People Get Ready” has been covered better, but Ry Cooder’s “Across The Borderline” earns a heartfelt (and timely) rendition.

The album is dedicated to the late New Orleans fixture, guitarist Spencer Bohren, with terrific versions of two Bohren tunes, notably “The Old Homestead.” It has a sweet, spare solo from the ’58 Gibson J-50 Kaukonen bought the following year.

A 12-page booklet with new and vintage photos and an interview with John and Jorma accompanies the package, and special praise goes to engineer Justin Guip and mastering guru Dave McNair for the warm, crisp, immediate capture of vocals and acoustic guitar.