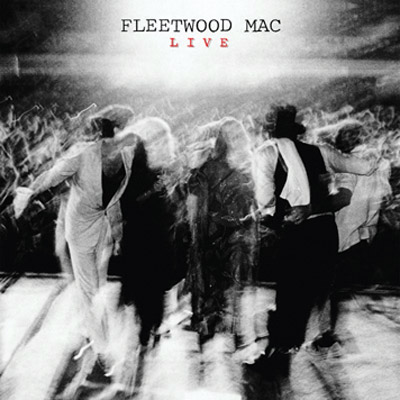 Like the Beatles, Eagles, and CSNY, Fleetwood Mac benefited greatly by having multiple singer/songwriters – one of which was Stevie Nicks. Fingerstyle ace Lindsey Buckingham and the meticulous rhythm section of John McVie and Mick Fleetwood were icing on the cake. The platinum-era Mac could further bring it live, proven on this expanded three-CD reissue.

The bulk of material comes from 1977 through ’82, but there’s one ’75 cut – the stomper “Don’t Let Me Down Again.” Witness Buckingham’s singular style, a fierce fingerpicking attack that underpins so many Mac tracks. On “Dreams,” he adds effective volume swells while singing backup. Lindsey delivers the signature FM riff to “Rhiannon,” as well as a blistering solo on a Rick Turner Model 1-C-Deluxe axe. The song’s extended jam only confirms how formidable this lineup was.

Another positive note about Live is that it actually sounds like a concert, unlike countless studio-enhanced efforts. There’s an echoey, raw ambiance that puts us inside the typical concrete sports arenas of the era.

Nick Curran and the Nightlifes – Player!