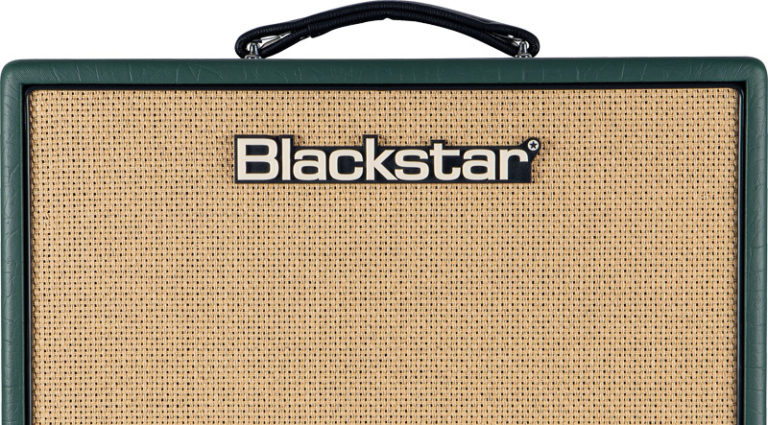 If you don’t know about Jared James Nichols, you likely will soon. One of the hottest up-and-coming blues/rock players on the planet, he recently teamed with Blackstar to develop a signature combo amp.

A 20-watt, two-channel combo driven by two EL84s with two ECC83s for the preamp, the JJN-20R MkII ships with a 12″ Celestion G12T-7. Its control panel requires a few minutes of familiarization, but the tones you’ll get make it time well-spent.

The Clean channel has controls for Volume and Tone, and a Voice switch that shifts the amp from classic American-style cleans to slightly broken-up British cleans. It’s easy to dial-in warm, round tones then switch to brighter chimes with the push of a button. As the Volume rolls up, the sound starts to break up until it takes on a percussive medium crunch when fully cranked. This channel is very responsive and a lot of fun.

The MkII’s Blues Power button switches to the Overdrive channel (it’s also footswitchable), which picks up nicely where Clean leaves off, but with a wider array of tone-shaping tools and gobs of gain on tap. There’s a Voice button in the Overdrive section, as well, to go from classic-rock crunch to liquid high-gain tones.

The EQ section houses controls for Bass, Mid, and Treble, along with Blackstar’s Infinite Shape Feature (ISF) knob for fine-tuning midrange character. ISF functions much like the Q on a parametric equalizer; sweeping from left to right, you’ll hear midrange go from open-sounding to fatter/thicker. The Mid control adjusts how much of that character you want. It’s a breeze to dial-in open, chimey tones for chords and thick, creamy, singing distortion for leads.

Another nice feature is the Power Reduction button, which drops output to two watts, for cranked tube tone all the way down to bedroom levels. Other features are a Master Volume, reverb, effects loop, XLR DI out, and a USB out for direct-to-computer recording.

The JJN-20R MkII is loaded with useful features – and all meet the expectations of tube-amp aficionados.