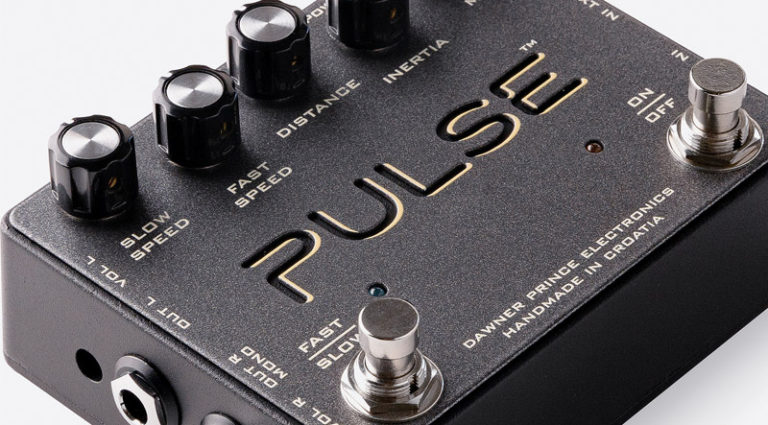 There are plenty of takes on the Leslie rotating speaker and its most famous stompbox offshoot, the Shin-ei Uni-Vibe. Dawner Prince Electronics’ Pulse, however, is an open-cabinet revolving speaker emulator modeled on the Maestro’s Rover RO-1 famously employed by Pink Floyd.

That “open-speaker” aspect is key here; the Rover used a single 6″ speaker. For live use, David Gilmour asked his techs to build a suitable re-creation. The result was the monstrous Doppola – several custom-built open cabs, each with two 6″/100-watt speakers powered by separate guitar amps, which creates an incredibly airy and expansive swirl effect.

The brainchild of engineer Zoran Kraljevic, the Pulse strives to live up to its inspiration with a thoroughly three-dimensional sound. Moving from slow speeds of 0.4 revolutions per second up to a peak of eight per second, you can almost get dizzy with the swirl.

Other controls set the acceleration speed and distance between virtual microphones and the speaker cab. The Mix knob, though, is key, blending dry and wet sounds. And the box can switch from mono (the default) to stereo for both output and input. A jack allows for an expression pedal to manipulate controls.

With the Pulse, you can go from a soft, tremolo-like warble to full-on Mormon Tabernacle Choir-type chorus. Think Gilmour in a box.