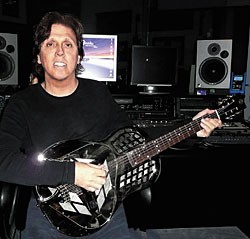 John McFee isn’t a household name in music, but he has been a major player for more than 35 years. But his attitude (“I never really wanted to be famous. I just wanted to make some good music.”) has guided him through career stops with several high-profile bands, as well as work as a producer, including on Carlene Carter’s new album, Stronger.

“I was in her band before I joined the Doobie Brothers,” McFee said. “I got a call, and she’d done an album in Nashville, but thought it needed work and asked if I’d be interested in helping fix it. I was flattered. And I started out trying to make things work to Carlene’s taste, but reached a point where I said, ‘You know, I think this would work better if I just started from scratch.’ It’s hard to come in on something somebody else has done.”

Scheduling conflicts forced McFee to play most of the instruments and record in hotel rooms and his own studio.

While most might think of McFee as a rock-and-roll guy, his main influence is country music. “California was a real hotbed of country music when I was growing up there,” he said. “My dad had a banjo, guitar, and ukulele, and I started playing so young I don’t really remember not playing!”

As a teen, he recorded instrumentation for commercials, and played in bands. Shortly after graduation he hooked up with a band that would become Clover. “We were the band always on the threshold of the verge of the start of the beginning of the inception of the happening,” he laughs. But the closest they came to “making it” was working behind Elvis Costello on his debut, My Aim Is True; that’s McFee’s lead on “Alison.”

The band had moved to England after hearing how English musicians liked their two records, which had stiffed in the U.S. They did two more in the U.K. before getting stuck in an acrimonious situation with two managers. “It was about that time my son was born,” he added. “So I also had that responsibility.”

Shortly after, he went to work for Carlene Carter and Norton Buffalo. Then, the Doobie Brothers gig surfaced; he was a personal friend of Doobies drummer Keith Knudsen. So McFee replaced Jeff Baxter, playing guitar, steel, and other instruments. Unfortunately, the band cut just one record, One Step Closer. “I think the guys were burnt out. They were always either on the road or in the studio, and needed a break. I remember reading articles about animosity and fighting, but it was nothing like that.” 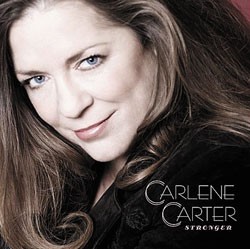 McFee soon scored another gig, anchoring the country band Southern Pacific. “It started as a group of us doing country sessions. The original lineup actually had James Burton on guitar, me on pedal steel and fiddle, Jerry Scheff on bass, Glen D. Hardin on keyboards, Tim Goodman on vocals, and Keith on drums.” After a label bidding war for some music they’d made, the makeup changed. “James left. I think he just felt more comfortable not starting a new group, but playing with established artists. Albert L ee stepped in briefly. That was cool, but by the time we got around to making the records, I was covering the guitar.

For McFee, Fender guitars offer the highest comfort level. “I’ve had a Tele since I was 12 or 13, and to me, Strats are really one of the best, if not the best electric guitar ever. That said, I love my Parker Fly Deluxe. And on the Carlene record I did all the electric guitar parts with a Line 6 Variax.” That embrace of technology may surprise some, as could McFee’s mode of amplification “I use the Variax through a Pod XT. I haven’t used amplifiers onstage for, I don’t know… about 15 years. I’m a traditionalist as a player, but in terms of equipment, I’ve never liked things loud, so it’s great for me to have an in-ear monitor. It works out well for the sound man and I honestly would love to challenge people to tell me if it’s what they call a ‘real’ amp or the other.”

These days, McFee does sessions and about 80 dates a year with the Doobie Brothers. Why hasn’t he done a solo record? “I’ve thought about it and been asked, but honestly I think I’m just kind of scared. Otherwise, I would have done it by now. I really do feel I have to do it at some point, probably sooner than later.”


This article originally appeared in VG‘s August 2009 issue. All copyrights are by the author and Vintage Guitar magazine. Unauthorized replication or use is strictly prohibited.
Reno Bound – Southern Pacific