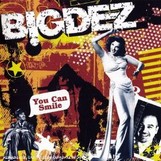 For decades, France has welcomed expatriate American blues and jazz artists. It was inevitable that seeds would be sown; the results in jazz music going back at least as far as the 1930s, when Django Reinhardt was shaking it up with Le Qunitette du Hot Club. But not many Frenchmen have made names in the seminal art of blues. That may be changing. If the BigDez Blues Band is a typical example, there are some folks brought up in the shadow of the Eiffel Tower who can definitely parlez les blues.

Led by singer/guitarist Phil “Big Dez” Fernandez, who flavors the English-language vocals with a Gallic accent, BigDez’ blues is the hard partying type, mixing and melding different styles under a wide-spread blues umbrella. The Chicago-style blues of Paul Butterfield and Charlie Musselwhite is heard on many of the 13-song disc’s 11 originals; the far-reaching hand of Michael Bloomfield evident in Fernandez’s able, authentic playing. Horns, along with Marc Schaeller’s harmonica, give “Ace Up Your Sleeve” the hard-charging feel of early J. Geils band, and Janis Joplin’s Kozmic Blues Band on “Low Pressure,” while a bit of Al Kooper sneaks through “Good Arrow.”

The band wisely keeps mostly to original material. It’s not that Big Dez can’t handle source music; the cover of Fenton Robinson’s “You Don’t Know What Love Is” is appreciably strong even if their take on Elmore James’ “Shake Your Moneymaker” betrays the blurry line that doesn’t quite divide much of European rock and blues from jazz. But they’re relaxed and natural, thus more fun with their own stuff. You have to put in some of yourself to make good blues. When BigDez does, they earn a big Oui.