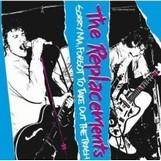 They came, they saw, they conquered… sort of.
Minneapolis’ Replacements were one of the great rock and roll bands that never quite was. And happily so.

In the 1980s, after punk fizzled and rock was slicking itself to pander to FM radio, the Replacements were a breath of fresh air. Or more correctly, a beer burp. Their music was raw and inspired, and their attitude returned rebellion to rock and roll. But it was (in part) that attitude that led to the band’s self-destruction on the eve of making it big.

The band was songwriter/vocalist/rhythm guitarist Paul Westerberg, lead guitarist and all-around wild man Bob Stinson, his underage kid brother, Tommy, on bass and assorted hijinks, and drummer Chris Mars. When they were good, they were very, very good. And when they were bad – which was all too often in their drunken and silly live shows – they were downright awful.

These four records, originally released from 1981 through ’84, show them at their best. Some may argue for the power of the band’s later Warner/Sire LPs Pleased To Meet Me and Tim. But these early albums and EP, first released on the local Twin-Tone label, retain a purity of vision – or glorious lack thereof.

Fans have waited impatiently for years – even decades – for expanded releases. These Deluxe Editions from Rhino don’t disappoint. Each includes previously unreleased outtakes, alternative takes, rehearsals, rough mixes, and even rougher basement jams. The liner booklets are thick, packed with photos, artwork, and you-shoulda-been-there reminiscences by those who were.

The best is the 1981 debut, Sorry Ma. The 13 added tracks here include the four much-ballyhooed demos that won the band an instant contract from Twin-Tone and include “If Only You Were Lonely,” and “I’m In Trouble,” the B-side rarity from their first single.

Let It Be, from 1984, is often hailed as the band’s masterpiece, as well as an alt-rock/college-radio/indie great. The five added tracks amplify this, but the album still stands on its own. Included are two alternative takes – “Answering Machine” and “Sixteen Blue” – as well as outtakes including the sweet cover of “Temptation Eyes.”