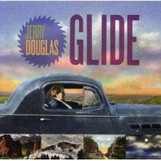 Fans may argue whether Jerry Douglas is the greatest dobro player of all time, but few will dispute that he’s the finest player of his generation. Pioneers such as Bashful Brother Oswald and Mike Auldridge could swing, but Douglas is the first who can shred, slide, and shimmy.

Douglas’ nickname, “Flux,” stems from his ability to play anything, anytime, with anyone. His career began in 1975 with J.D. Crowe and the New South, with like-minded young pickers including flatpicking phenom Tony Rice and Ricky Skaggs. In 1977, Douglas joined Skaggs in the band Boone Creek and within a year they released two stellar albums. Douglas then joined legendary mandolinist Buck White for three albums, and by the early ’80s was a first-call session player in Nashville while continuing to tour and record with The Bluegrass Album Band, which included his old boss J.D. Crowe and Rice. The Bluegrass Album Band released six CDs, the last one in ’96. Before that, Douglas was stretching out in the late ’80s from bluegrass and country sessions into an entirely new musical genre that has come to be known as “new acoustic music.” His Under the Wire album included other young innovators such as bassist Edgar Meyer, banjo whiz Bela Fleck, and guitarist Russ Barenberg. The live Telluride Sessions featured the same musicians in a live, improvisational setting. His 1993 trio collaboration with Barenberg and Meyer, Hop, Skip & Wobble was among the most influential acoustic albums of that decade.

In the last 30 years, Douglas has also had time to release 11 albums where he continued to stretch the definitions and limits of acoustic music. Bluegrass purists may not have embraced all these CDs, but almost everyone has at least one Alison Krauss and Union Station CD that featured Douglas’ scintillating dobro solos.

Which brings us to Glide, the 12th solo release in Douglas’ musical portfolio. Labeling his latest album as merely more of the same already places it in elite musical company. But Glide demonstrates the full expanse of Douglas’ musical breadth. Of course, longtime collaborators Rice, Edgar Meyer, and Sam Bush contribute, but the album also includes five-string banjo pioneer Earl Scruggs, singer/songwriter Rodney Crowell, and country vocalist Travis Tritt. Some tunes, such as the title cut, are almost new-age, with gentle rhythms and pellucid melody lines. Others, like “Sway,” are reminiscent of Celtic-influenced material of Hop, Skip & Wobble. The Scruggs cut reminds one of Douglas’ bluegrass roots. But whether it’s Tritt’s take on “A Marriage Made in Hollywood” or the Douglas’ original “Trouble on Alum,” where Douglas plays every instrument, his penchant for euphonic melodic invention shines through. After 30-plus years of musical exploration, Douglas maintains his reverence for melody. Even at his most experimental, he never falls into the “chops and changes” trap that ensnares many jazz players.

Longtime fans don’t need a positive review to get them to add Glide to their collection. But for anyone new to Douglas’ music, it makes a fine spot to dip their toes into his rich musical stream. Start here, then work your way back. You won’t find a single clinker in Douglas’ whole discography.


This article originally appeared in VG‘s Dec. ’08 issue. All copyrights are by the author and Vintage Guitar magazine. Unauthorized replication or use is strictly prohibited.