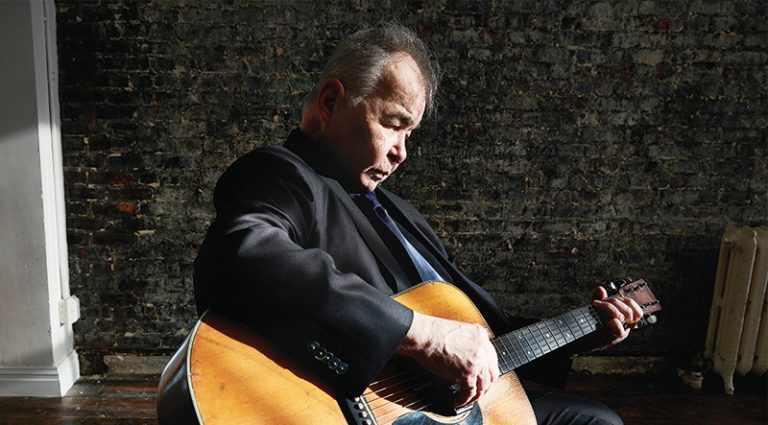 When John Prine walks out on stage these days, he’s often greeted with a long, thunderous standing ovation in recognition of his songwriting craft. Not even Mr. Dylan gets that.

Prine has released several lovely albums of covers and duets in recent memory, it’s been 13 long years since his last collection of original songs. And that makes this new album all the more exciting.

Since successfully overcoming squamous cell cancer in 1998, Prine has rejuvenated his career with his own label and renewed touring. Based in Nashville these days, he’s been busy collaborating with others, including Black Keys guitarslinger Dan Auerbach, who co-wrote two of the tunes here.

This new album includes cameos from his new friends, including Jason Isbell and Amanda Shires on several tracks, and backing vocals from Brandi Carlile. The album’s produced by Dave Cobb, who adds guitar, along with pickers Jason Wilber, Pat McLaughlin, and Isbell.

Akin to Prine’s eponymous 1971 debut, this album is filled with emotion and personal musings – often bittersweet and aching, even more often deeply touching.

If you’re a Prine fan, you’ll want this album. It’s been well worth the wait.

Bill Kirchen – Tied to the Wheel