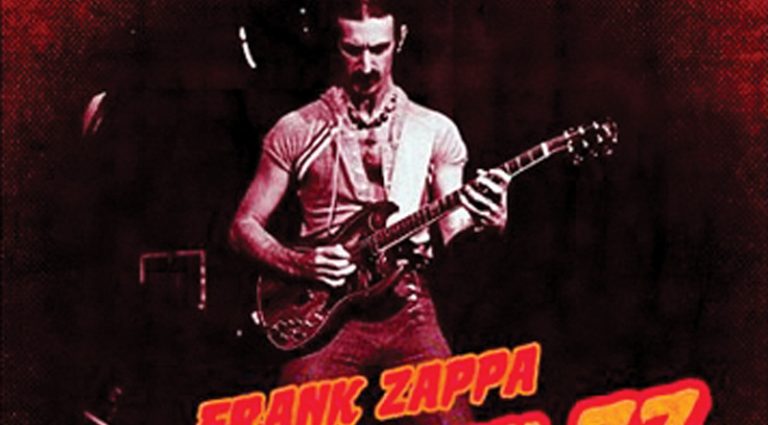 In late October 1977, Frank Zappa played six shows at the Palladium in New York City. Now you can hear the whole enchilada – more than 150 tracks of soundboard-quality audio – all loaded onto a candy-shaped USB stick containing 24-bit .wav files.

At this juncture, Frank had a killer band, with himself and Adrian Belew on guitar, Terry Bozzio (UK, Missing Persons) on drums, and Patrick O’Hearn on bass. There’s plenty of FZ’s infamous R-rated banter, but also lots of hot guitar to sink your teeth into.

“Peaches En Regalia” is one of the greatest rock instrumentals, Frank adding fiery SG licks galore. Also look for smoking versions of “Camarillo Brillo,” “Jones Crusher,” and “The Black Page” – the latter considered one of the most challenging pieces in all rockdom. Another standout is Frank’s feedback-drenched lead in the lesser-known “City Of Tiny Lites.”