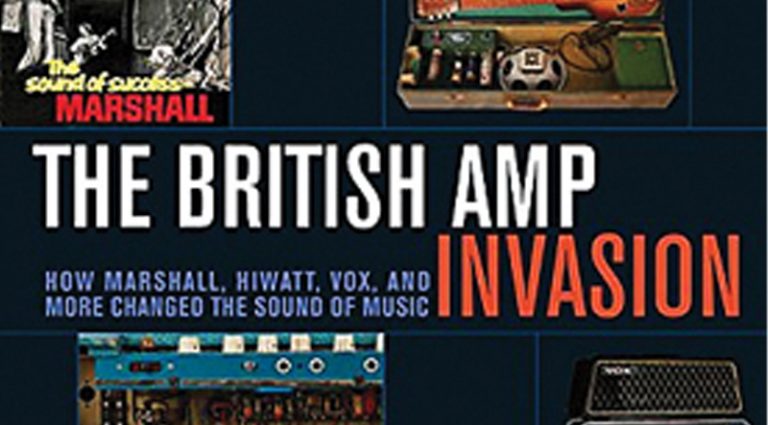 American makers may have pioneered guitar amplifiers in the jazz age, but when the British builders jumped in during the late 1950s, they were primarily building amps for the whole new world of rock and roll. This is the story told by VG contributor Dave Hunter in this excellent new book.

He begins by setting the scene, looking back at the formative amps engineered by Rickenbacker, Gibson, Fender, and others in the United States. But the story changes course as the music gets louder and more rocking.

As the book’s subtitle states, Hunter examines “How Marshall, Hiwatt, Vox, and More Changed the Sound of Music.” Those brands are all covered in detail – but there’s much more here. He looks at the less-well-known creations form Selmer, Watkins/WEM, Sound City, Park, Laney, and Orange as well as largely forgotten builders such as Elpico, Shaftesbury, Bird, and Carlsboro.

The main text is a fascinating narrative history of the scene, including the influence of key designers plus the Beatles, Jimi, and Pete Townshend in particular. Then, with color studio photos and plenty of original brochures and catalogs, Hunter highlights standout amps from a ’55 Selmer TV10 to a 1960 Vox AC15 and on to a 2001 Hiwatt Custom Studio/Stage 40.

A masterful history – and essential reading for any amp aficionado or fan of Brit music.

The Twangbangers – 26 Days on the Road