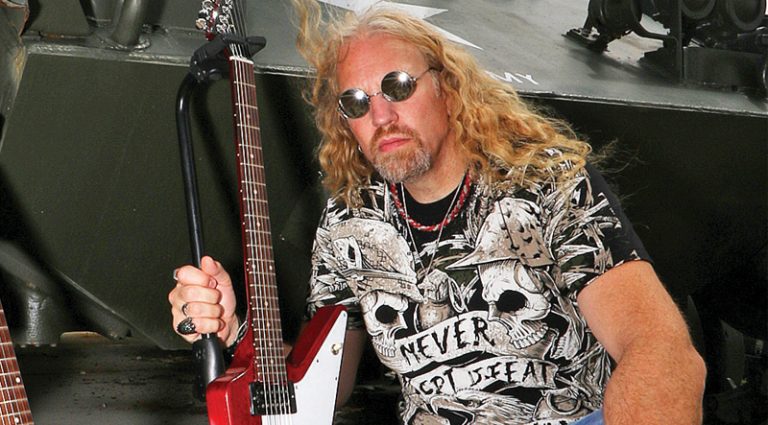 Brian Tarquin is thriving in “steady as ya’ go” mode. Since his VG  interview in February ’15, he has released two CDs and compiled a book on guitar amplifiers.

The first of two new discs, Orlando In Heaven is a team effort with other guitarists and raises money for Catholic Charities to support families of the victims of the Pulse nightclub shooting in Orlando.

“When that happened, I was starting to write songs for a jazz album, but I decided the best way to celebrate the lives lost was an album dedicated to them. I learned about Catholic Charities and thought it was a great charity.”

One of the guest players was Larry Coryell in one of his last appearances.

“We had a really good session and he played on two cuts,” Tarquin said. “He stayed a while and we talked; he was a wealth of information and it was such a pleasure.”

While Tarquin usually focuses on instrumentals, there were vocals on Orlando, and they increased with his other current project, Band of Brothers.

“It was meant to be instrumental, but when I met Phil Naro, he wanted to contribute vocals to this one. So, it turned into a hard-rock/progressive kind of record with vocals. Plus, vocals can make things more-dynamic and it’s an avenue I haven’t gone down much, so it was exciting.”

The impressive list of guests on the disc includes guitarists Steve Morse, Jeff Watson, and Gary Hoey, along with bassists Tony Franklin and Trey Gunn, and cellist Tina Guo. Part of the proceeds raised by its sale go to the Fisher House Foundation, which offers housing to families of hospitalized veterans.

“I love amps and wanted it to be friendly to the reader. A lot of amp books are too technical. I wanted it to be easy to understand. It has boutique along with well-known amps; there are so many boutique amps, you would need an encyclopedia-sized book to get all of them in.”

Not expecting to slow down in the near future, Tarquin, who has won multiple Emmys for music production for television and was a huge hitmaker during the heyday of smooth jazz, has a unique project in the works.

“I’m working on a Christmas album. I always wanted to do one. It’s going to be vocals with Phil singing. We don’t want it to be cheesy. Half will be public domain songs people know, the other half originals.”

While being the quintessential studio rat, Tarquin has gotten out to play lately.

“We played the Jacksonville Jazz Festival; I put a band together and we had a great time. We liked it so much, in fact, that we’ve started to gig. I like the immediacy. It supplies something I’ve kind of missed from all the years in the studio.”