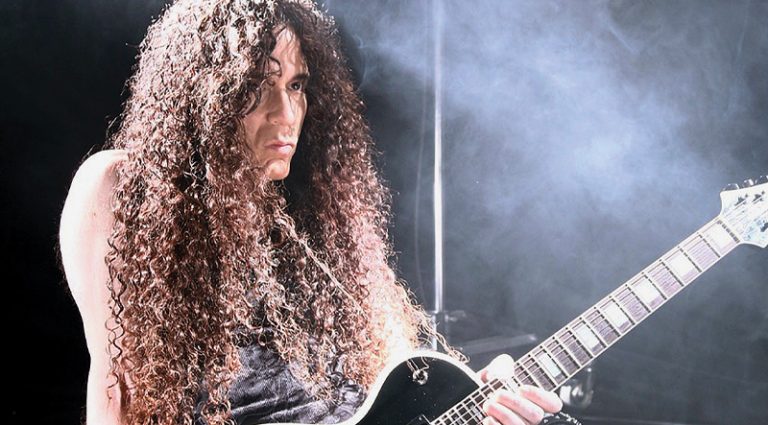 Between playing on Cacophony’s landmark 1987 shred album, Speed Metal Symphony, and Megadeth’s 1990 classic, Rust in Peace, Marty Friedman introduced the world to his solo work with the 1988 disc Dragon’s Kiss. In the nearly three decades since, he has rarely taken a break, and never rested on his laurels. Since exiting Megadeth in 2000, he has issued nine solo albums including his latest, Wall of Sound, which balances his technical talents with interesting song structures that offer a host of twists and turns.

How is Wall of Sound similar or different to your previous solo albums?

It’s similar to my previous album, Inferno, in that it took a long time to do – a year and a half. And I took that time because I have to live with this stuff to know that it’s really great and the best I can do. When I write a song and think it’s awesome, two or three months later it may not be as good as I thought. For Wall of Sound, I lived with so many songs that weren’t as good four or five months down the line as they were at the beginning; I funneled 60 or 70 into those that still kick my ass 10, 12, 16 months later. That happened on Inferno and that’s what happened on Wall of Sound, too. I think it’s the strongest way for me to write a record.

“Self Pollution” goes through quite a few mood shifts.

It definitely does. That’s one of the songs we’re playing live in our set right now. We do a couple from the record, and that’s quite an ambitious song to play live. But that’s the fun of it. It starts off really intense, comes to a complete 360 into spaceland, then gradually builds up to something even beyond what the beginning was. It’s a new structure for me – a whole new “atmosphere” kind of a song… possibly one of the heavier pieces of music on the record. But, it has gone over great live, and been so much fun to play. It’s really a fun, challenging, intense, aggressive piece of music. I’m very happy with it.

That’s another of the songs we’re doing live! When it came time to choose the music video from the record, I was so attached to all the songs that I had to let the record company decide for me, and they chose “Whiteworm.”

I think what a lot of people are enjoying about that song is that the intro is the kind of thing that makes you want to get up and play guitar. That’s kind of like a goal, I guess, in rock music and guitar music; if you get an intro like “Stairway to Heaven” or “Smoke on the Water,” you’re doing something that’s making a lot of people want to pick up an instrument. And that’s the subliminal goal with any song you write, really, whether you’re thinking about it or not. So, “Whiteworm” has definitely got one of those intros. It’s a little bit trickier than “Stairway to Heaven,” but I think with kids nowadays, the bar is a little higher than what it was in Led Zeppelin’s day.

Which gear did you use on the album?

It was a really good proving ground for the gear while we were developing the prototypes, and there’s no place where you’re stricter than where you’re recording. So, I was really dialing-in little details and having the companies come back with little tweaks done. And at the end of the process, everything was done to my satisfaction and ready for release. It was really ideal because usually, when you do a signature model, you might go to the factory once and they might send you a guitar once to try out, but it never gets the scrutiny you have to give it when you’re recording. When you’re recording an album, you’re looking for very specific things, and you’re strict beyond just if they sound good or not. So, all of my signature models were tested really hard, and it shows in the results.

Are you still in touch with Jason Becker?

Of course. We’re best friends, as usual. He’s working on an amazing new album with a lot of serious guests. I play two solos on the record, and I just can’t wait for it to be done. It’s going to be spectacular.