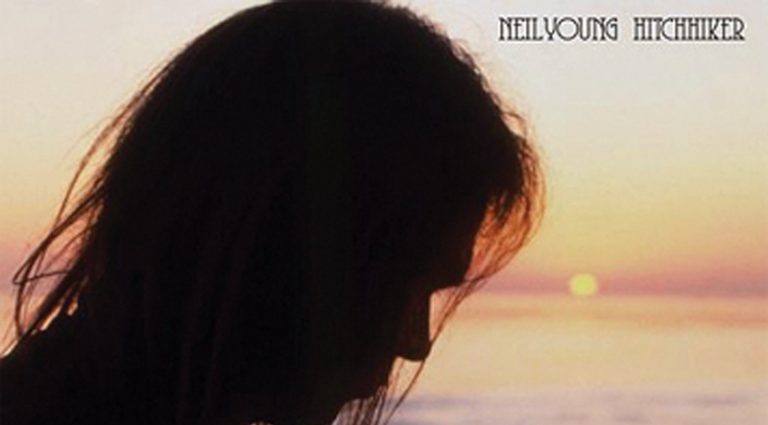 Neil Young fanatics known to obsess over a not-so-secret history of unreleased albums were agog at the announcement the mercurial Canadian would finally offer one of these scuttled LPs as an official release.

Recorded in August of 1976, Hitchhiker features Young in a Malibu studio with longtime producer David Briggs. “I laid down all the songs in a row, pausing only for weed, beer, or coke,” he explains in the liner notes. Indeed, the session’s “provisions” make palpable an early-hours vibe; “Old Country Waltz” and “Human Highway” are markedly more subdued than later album versions. And Young’s “in a row” sequencing proves a treat, for example presenting “Powderfinger” back-to-back with a similarly spare “Captain Kennedy” almost as a suite of opposing points of view.

“Pocahontas,” “Ride My Llama,” and “Campaigner” will be familiar, of course; the first two are quite like their later album versions while the third was on 1977’s Decade compilation. The title track sounds like a nascent rocker Young might have had in mind for Crazy Horse but not used until 2010’s Le Noise.

In the end, the previously unreleased “Hawaii” and “Give Me Strength” (which has appeared in Young setlists and on another lost album, Homegrown) are sure to be most tantalizing to fans.