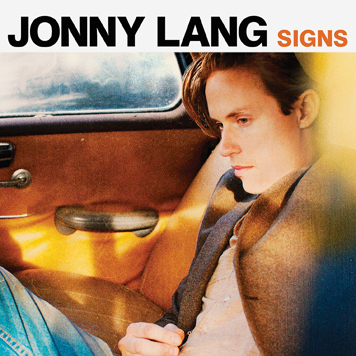 A long way from the days of “Kid” Jonny and four years since his last studio record, Lang’s latest is the second consecutive record to exhibit a maturity in writing, playing, and vocals.

The songs cover a lot of ground. “Make It Move” and “Snakes” are stompers that open the record and showcase his stunning vocals and a guitar sound that growls and purrs underneath the stomp. His guitar tone stays that way through much of the record, whether it’s the breathtaking solo on the pulsating blues of the title cut or the big power chords in the anti-war “Bitter End.”

While each cut on the record is strong, Lang’s finest work is saved for the ballad “Bring Me Back Home.” He uses great chord changes, a falsetto that is soulful, and a tasty guitar solo to back up a lyric that, like many of his songs, can be taken a number of ways.

Today’s Lang is a different guitar hero than they tried to sell us when he was teenager. But the guitar traveling subtly in and out of these songs shows a mature player who understands the song is the thing.

Eric Gales – That’s What I Am