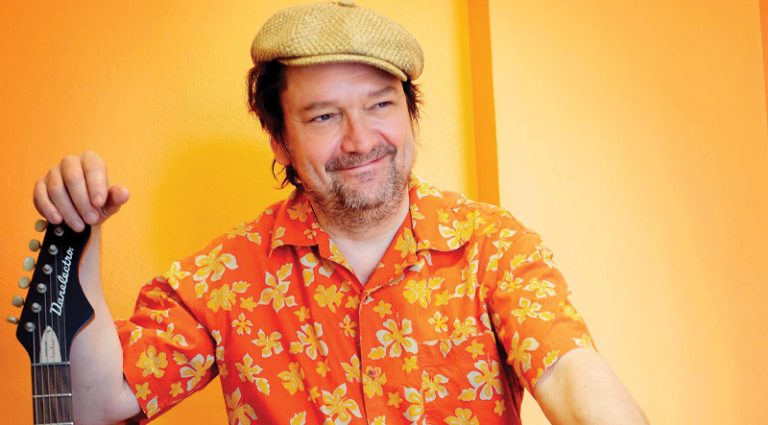 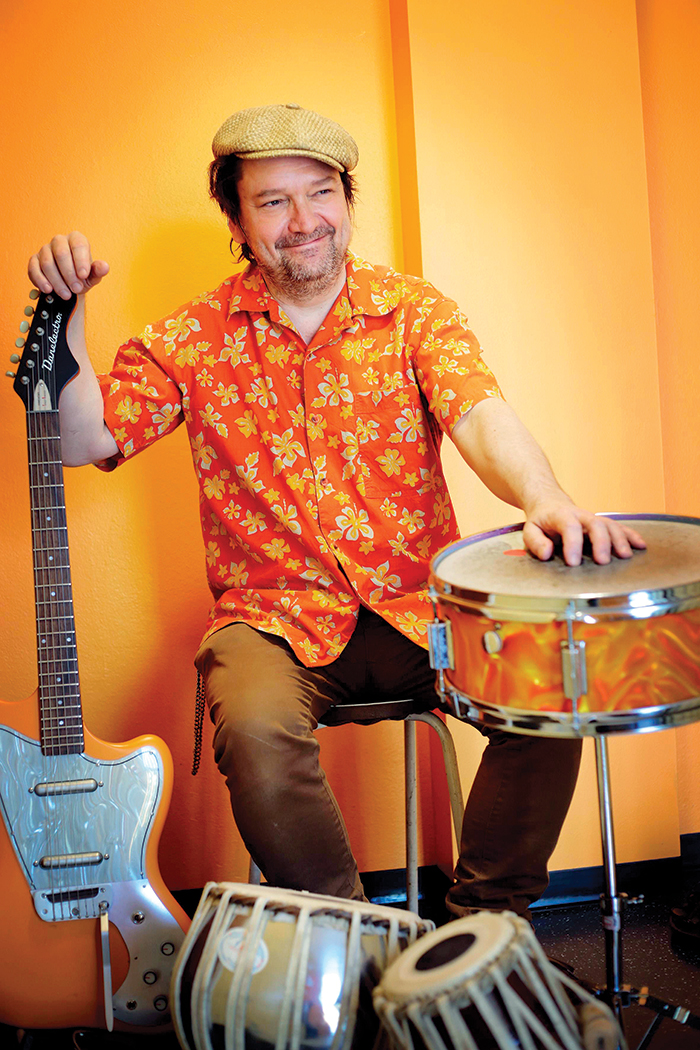 There’s a long history of instro and surf-rock from Scandinavia, perhaps none deeper than that of Janne Haavisto, formerly with Laika & the Cosmonauts. Based in Helsinki, Haavisto is a guitarist, drummer, composer, and producer who leads The Shubie Brothers & Sisters. Their latest CD, You Are Here, is a knock-out blend of surf, instrumental, and edgy ’60s-soundtrack music – think here of Ennio Morricone, Henry Mancini, and Quincy Jones. We checked in with Janne about the music, gear, and his uncanny ear for vintage guitar tones.

Who are some of your influences?

Sound-wise, I’d say everything from The Shadows and The Surfaris, to Cuban guitarist Manuel Galban and [Afro-calypso musician] S.E. Rogie. My guitar skills are limited, so I have to rely on what I can do, not what I wish I could. I’ve also picked up ideas from the great guitar players I’ve worked with, like Laika & The Cosmonauts’ Mikko Lankinen and Matti Pitsinki.

Production-wise, you double the guitar and baritone with soft acoustic and pedal steel, creating an authentic ’60s sound.

Even though the record is pretty much a surf/instro album, I never want to stick with something in a dogmatic style. So there’s a lot of influences, in addition to the ’60s surf – there are sounds from World music, reggae, J.J. Cale, Los Lobos, [English retro-rocker] Richard Hawley, and the Hollywood soundtrack stuff. All these have influenced my sound choices; hopefully, there are some original ones, too.

What were the main guitars and amps?

I played on a Squier J. Mascis Jazzmaster through a Fender Excelsior amp. For baritone and 12-string, I used Danelectros. At Pete Curry’s studio in L.A., however, I was fortunate enough to play his fabulous ’60s Jazzmaster and a Bass VI through a few beautiful old amps and a real tube-reverb tank.

How do you keep the baritone from bumping into the bass parts?

It’s part arranging, and part gear and engineering. The baritone doesn’t really have to be that bassy – your brain adds the boom.

“Getting Restless” sounds like a car-chase scene in a movie. What is that heavy effect on guitar?

There’s a Marxophone (a fretless zither) that doubles the guitar at times. On the second verse, I added a fuzz-baritone guitar with tremolo, and there’s a stereo-tremolo bit going on at the end.

Why are there four guitar players on “Let’s Take a Stroll?”

That’s because I wanted that feel of the Wrecking Crew recordings, where there are tons of guitar parts and you can’t really tell who’s playing what. I love simple melodies doubled in different octaves, sounds, and feels. I usually play the main melody, baritone, and rhythm guitar, but then invite friends to add their flavor to it. All the extra stuff is what really makes it swing.

Bob Spalding of The Ventures plays on “Hazy Hollow.” How did you connect with him?

I was in Austin, writing tunes at the House of Songs with an old friend, Teisco Del Rey, and he knows Bob. We went to Bob’s studio and wrote “Hazy Hollow” together. Teisco wrote the intro/outro, while Bob wrote the part where he plays the melody and harmony. The rest is me.

“The Grey Eminence” has lots of layering with reverb and echo. How do you keep the guitar parts sounding clear and punchy?

It’s tricky, at times – basically, you just have to articulate tightly while playing. Also I write simple, slow-moving melodies that leave a lot of room for echo and reverb, and try to make it sound three-dimensional. Some amps are close-miked, other parts in the back of the room, and so on. That way, the guitar parts don’t mush together.

“Kuusamon Kotka” was written almost 55 years ago by your father, a noted musician.

He wrote the song in 1963, about a year before my birth, and I’ve always loved the recording. I wanted to do a version for this record and got permission to use the instrumental parts of the original 45-rpm record. I played some keys and guitars, got my brother to play steel, Dobro, and acoustic guitar, while my sister sang the melody in the end. To top it off, our father, now 87, played nice vibraphone on the track. So it’s kind of a family-band thing – I’m so happy we got to do it.

How is the surf/instro scene in Finland?

When we started in 1987 with Laika & The Cosmonauts, I don’t think there were any surf/instro bands at all. Only a few “rautalanka” bands [’60s-style Finnish instrumental rock]. Now, the scene is pretty lively – a lot of new groups, festivals, and recordings, and really good original stuff, too. It’s looking up.