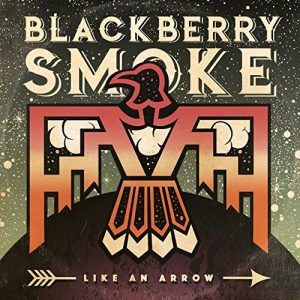 The Atlanta band walks the line between blues, alt country, and Southern rock on their fifth studio album, getting lower down and rocking harder all the way.
The quintet lives to play, touring and recording constantly. But instead of getting stuck in a groove, this new album may just be their most adventurous – and best – yet.

The kickoff track, “Waiting For The Thunder,” is a 200-proof, hand-pumping anthem. “Sunrise In Texas” starts off acoustic, then ramping up with gospel-like intensity into a rocking romp. “Let It Burn” rides a driving hoedown beat.

Guitarists Charlie Starr and Paul Jackson imbue the proceedings with plenty of vintage-guitar tone from an arsenal including a ’63 Fender Esquire, ’57 Les Paul Special, ’65 ES-330, Les Paul Juniors from ’56, ’59, and ’62, and an array of old Martins including a ’48 000-18 and ’66 D-18. Their lineup of vintage amps and an EP3 Echoplex bolster the sonic assault. Good stuff.