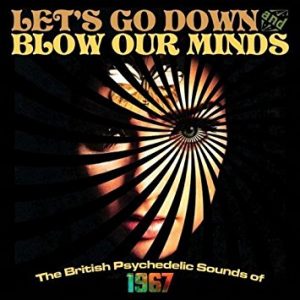 For all the British psych bands you do know – such as the Move and Small Faces – you’ve probably never heard of dozens more. This three-CD set brings together more than 75 fairly obscure, but joyous tracks from acid-tripping England in 1967.

You’ll hear long-gone acts like the Marmalade, Peter and the Wolves, and the Game, mixed in with better-known bands like Pretty Things, Procol Harum, David Bowie, and Kinks guitarman Dave Davies (his solo B-side, “Funny Face”).

The package kicks off with the Alan Bown! playing “Toyland,” the tune from which the set gets its name. It’s quintessential dream-pop with acoustic guitar, classical nuances, and whimsical drug references.

It’s evident that many English bands of ’67 recorded singles with formulaic mashups of fuzz and jangle guitar, Fab Four vocal harmonies, and pumping drum-and-bass grooves. Don Craine’s New Downliners Sect, for example, offers the serviceable “I Can’t Get Away From You” with sunshine lyrics and requisite fuzz lines – you get the picture.

Still, if you love ’60s Brit-pop, grab this fun and stupendously trippy compilation.