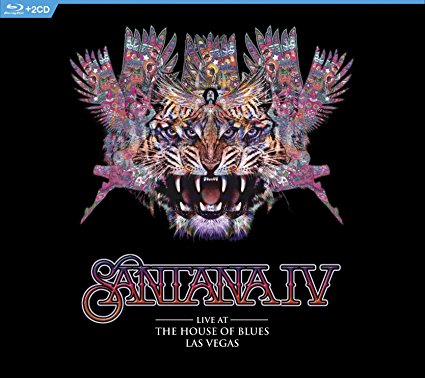 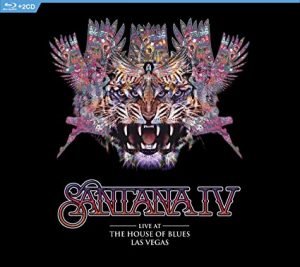 Truer words were never spoken. They’re just part of the bonus-feature band interviews in the DVD of the live follow-up to the studio reunion of the original Santana band, Santana IV, that shot to #5 in early 2016.

Santana has undergone so many changes, assembling four members of the lineup that wowed Woodstock a quarter-century ago is amazing enough. Add reunion catalyst Neal Schon, who joined on guitar on their third album, at age 15, and the result was a magical album of all-new material.

Topping that, though, is the DVD/double-CD of the band live, mixing the new tunes with music from the first three albums, proving that it’s all timeless. Who but Santana would open with “Soul Sacrifice,” their Woodstock climax, then follow it with “Jingo” and maintain that intensity for two hours?

A special treat for guitarists are the close-ups of Carlos’ hands, playing “Samba Pa Ti” and the beautiful new ballad, “Suenos,” deftly switching from thumb to large triangular pick to fingers.

Recommended with maximum stars plus one!

Sam Bush and David Grisman – King of My World