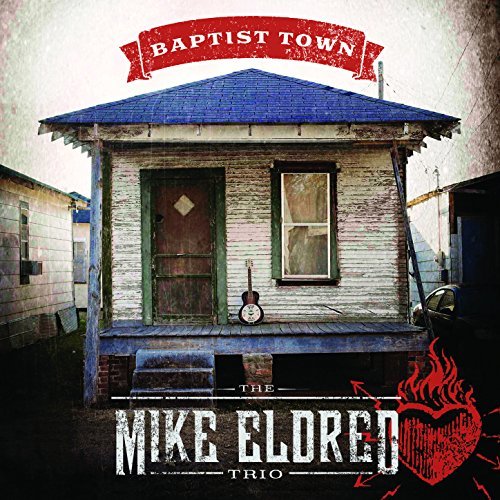 The Mike Eldred Trio’s latest was recorded at Memphis’ hallowed Sun Studios, but the deep blues are straight outta the Delta.

Eldred needs little introduction here. The former Fender Custom Shop manager, he’s now focused on his guitar picking and songwriting skills. This is his third CD – and it’s a big step up in the creative deployment of the band’s charms.

The album takes its name from the Greenwood, Mississippi, neighborhood where Robert Johnson was allegedly murdered in 1938. And while Eldred, bassist John Bazz, and drummer Jerry Angel delve into blues legend, the songs shine light on the racism and poverty still alive and well in the region today.

The tunes range wide and free in styles. The album kicks off with the killer “Hundred Dollar Bill” in gloriously distorted, high-octane rockabilly. “Somebody Been Runnin’” is stunning a cappella gospel featuring the Emmanuel Church Inspirational Choir. The title track is a poignant and topical blues, summing up the album’s themes.

The trio was joined by an array of guests, including Los Lobos’ David Hidalgo adding accordion to “Bess,” Robert Cray and his electric guitar on the title song, John Mayer on “Roadside Shrine,” and more.

Countering the diversity of themes and guest musicians, Eldred used just one guitar on the whole album – a mid-’50s Espanada. He ran it through a late-’60s Vibro Champ built by Alexander Dumble and a Fender Excelsior. The result is a gritty, gravel-road tone that drives the whole album.